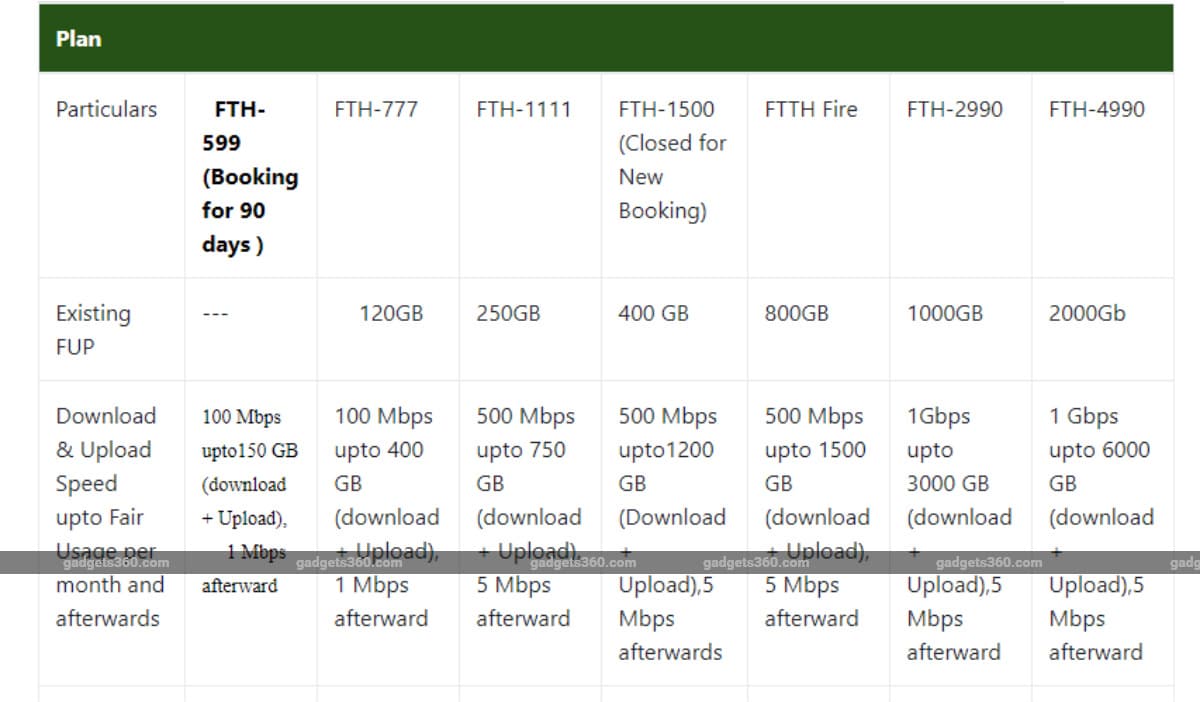 Mahanagar Telephone Nigam Limited (MTNL) has launched a new 1Gbps broadband plan in the Delhi circle. BSNL hasn't yet launched a 1Gbps broadband plan, thereby MTNL has trumped BSNL to this feat. The new 1Gbps broadband plan are priced a Rs. 2,990 and Rs. 4,990 and are available only in the Delhi circle for now. The FUP limits on these plans are currently at 4TB and 8TB of data benefit, respectively. MTNL and BSNL have recently announced a merger, suggesting that BSNL subscribers may get these similar plans soon. The 1Gbps plans take on Jio Fiber plans that were commercially launched earlier this year.

The first new MTNL 1Gbps broadband plan is priced at Rs. 2,900, as seen on the MTNL site. This plan currently offers 4TB of monthly data for first six months for new customers. After the six month limit will get over, this plan will ship with 3TB FUP limit moving forward. This broadband plan also offers free unlimited voice calling to any network in India, and the after FUP speeds limit is reduced to 5Mbps.

The second MTNL 1Gbps broadband plan is priced at Rs. 4,990, and it currently offers 8TB of monthly data FUP. After the six month introductory offer is over, the new MTNL plan will ship with 6TB of FUP monthly data moving forward. This plan also offers free voice calling to any network in India, and the after FUP speed limit is reduced to 5Mbps. These plans were reported by Telecom Talk.