Airtel has launched a new recharge pack in its prepaid suite, priced at Rs. 195. The new pack offers 1.25GB of 2G/ 3G/ 4G data per day, and unlimited voice calls (including local, STD, and roaming), with a validity of 28 days. This brings the total data benefits to 35GB for the entire time period. There are, however, no SMS benefits in this pack. Additionally, the pack currently seems to be limited to a few telecom circles that Airtel operates in. Rs. 195 Airtel recharge pack was spotted by us on in the Andhra Pradesh & Telangana circle on the Airtel website.

Telecom Talk reports other circles, including Kerala have the pack, which for now can only be seen on Airtel's website, and is yet to be updated on the My Airtel app. It is yet to be seen whether Airtel will roll out this new prepaid pack widely across all telecom circles in India.

Just last week, Airtel rolled out its new Rs. 168 recharge pack to select users in select telecom circles. This pack comes with benefits such as 1GB 2G/ 3G/ 4G data per day, unlimited voice calling, and 100 SMS messages per day. Validity of the pack is 28 days. While the Rs. 195 pack is suitable for users who want more data, the Rs. 168 pack can be availed if you prefer to send SMS messages frequently. 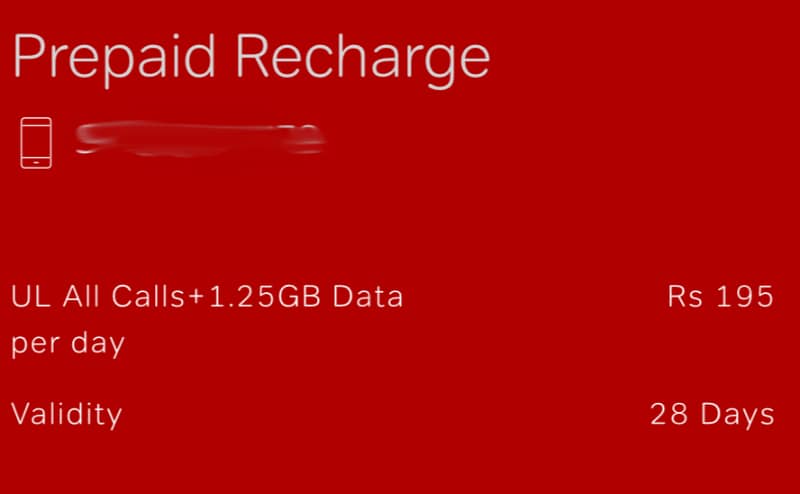 Back in July, Vodafone had refreshed its Rs. 199 recharge pack to offer a whopping 2.8GB 2G/ 3G/ 4G data per day albeit to select users, apart from the usual unlimited calling benefits. Validity of the pack is 28 days and there are no SMS benefits.