Total wireless subscribers increased to 1,183.40 million at the end of October

Reliance Jio added over 91 lakh new subscribers in October, taking its total subscriber base to 36.43 crores, according to data released by the Telecom Regulatory Authority of India (TRAI). Interestingly, this increase in the number of subscribers for Jio comes although in the same month it announced to charge calls to other operators. Reliance Industries (RIL), the parent company of Jio on October 9 that it will charge customers 6 paise per minute for voice calls made to other networks to compensate for the interconnect fee.

Further, Bharti Airtel and Vodafone Idea also added to their subscriber base, which have for some time now have mostly reported loss of subscribers.

India's largest operator in terms of subscribers, Vodafone Idea added nearly 1.9 lakh new customers during the period under review to take its overall tally to around 37.27 crores. Around 81,974 subscribers were added by Bharti Airtel and its subscriber base by the end of October stood at 32.56 crores. 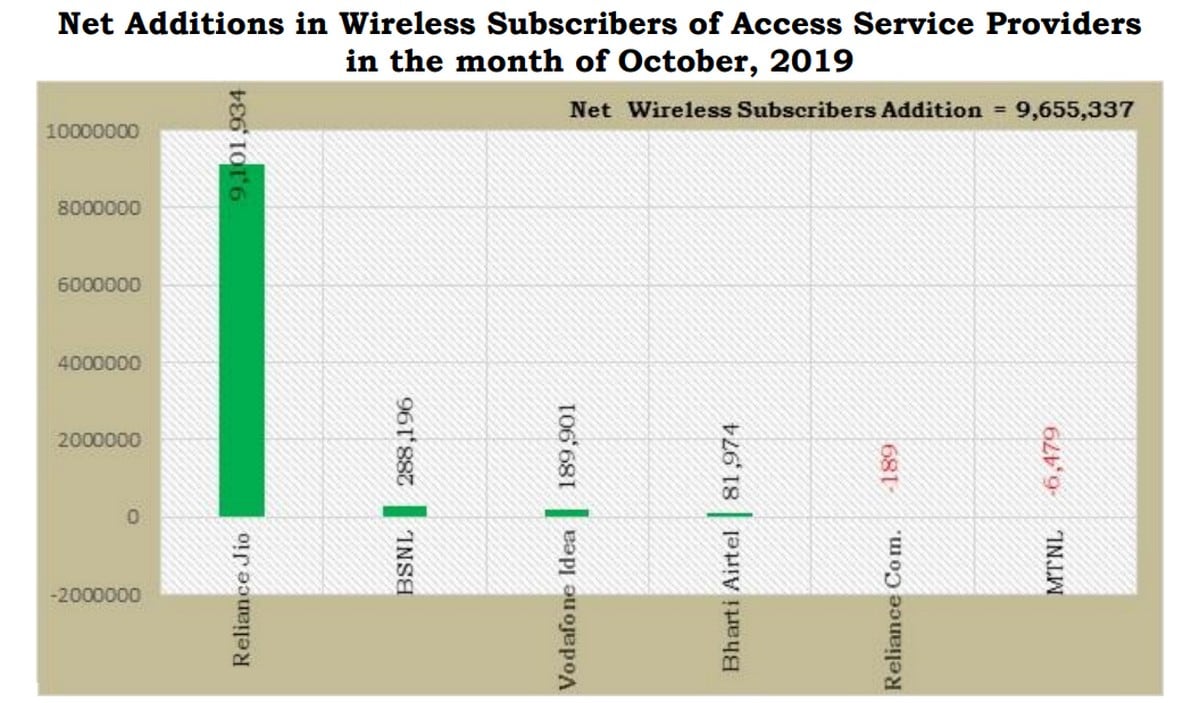 The total number of wireless telecom subscribers rose to 118.34 crores in October from 117.37 crores in September, the data showed.