Jio started its telecom operations with the promise of unlimited free calling for all its recharges, a boon for subscribers in smaller cities with not as much demand for data as there is for calls. It was no surprise that operators such as Airtel, Vodafone, Idea, and BSNL jumped on the Jio bandwagon with data recharges having bundled calls. Then came the turn of relatively affordable recharge packs with just voice calling to cater to this segment. Now, a new Rs. 99 Vodafone recharge pack has been launched to offer bundled calls to prepaid subscribers of the operator. It will compete with the Rs. 98 Jio recharge, which offers data as well as calling benefits.

The Rs. 99 Vodafone recharge offers bundled calls limited to 1,000 minutes a week and 250 minutes a day, a customer care agent confirmed. It is available to purchase from the official Vodafone app and website but not on third-party sites such as Paytm and MobiKwik yet. The validity of the pack is 28 days. However, there are no data and SMS benefits with the pack. 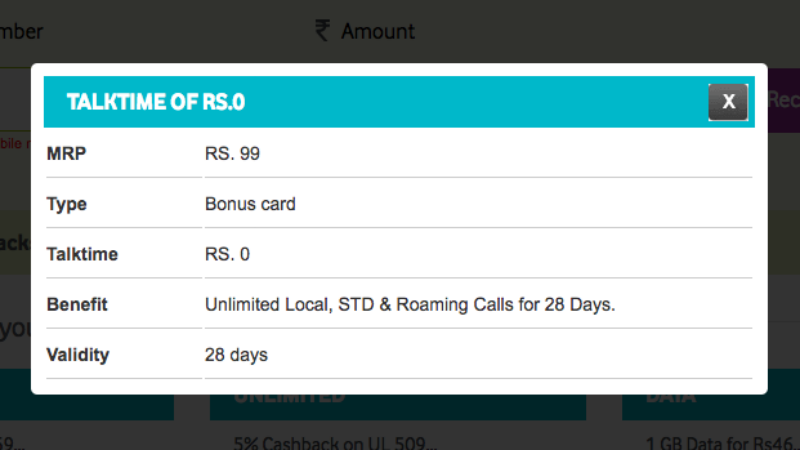 Competing with the new Vodafone recharge is the Rs. 98 Jio recharge, which offers 1GB data per day and 300 text messages, along with the unlimited voice calls. It also has validity of 28 days.

Airtel too offers bundled local and STD calls, 1GB data, and 100 SMS with its Rs. 99 pack. However, its validity is just 10 days, much less than what Vodafone and Jio are offering.

Further reading: Reliance Jio, Vodafone, Airtel
Gadgets 360 Staff Email Staff The resident bot. If you email me, a human will respond. More
How Britain's Dyson Plans to Get Bigger in India
Fallout 76: Everything Announced at QuakeCon 2018