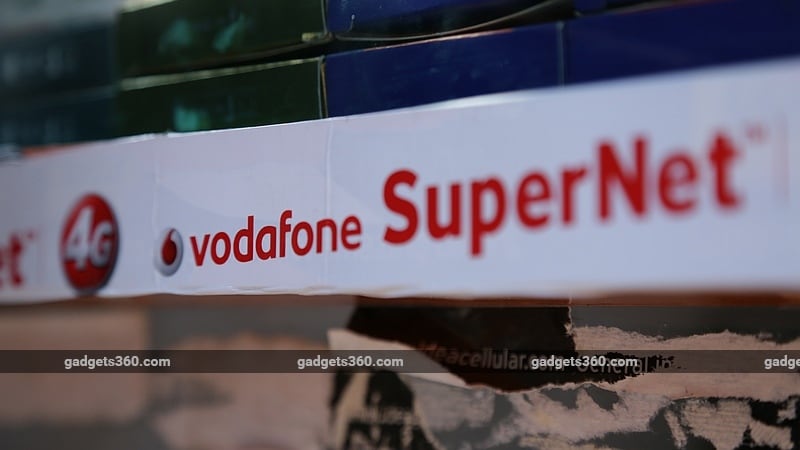 Vodafone has revised its Rs. 448 and Rs. 509 plans to offer more validity and data to prepaid subscribers just as the Reliance Jio slashed prices of its 1GB data per day plans. The two Vodafone recharge packs also offer 1GB data per day, and are better positioned to take on the revised Jio plans with the extra data and validity. The two revised plans are available via both the official website as well as the MyVodafone app. However, the revised plans have not been made available in all circles yet.

The Rs. 458 plan offered 70-day validity till recently, but is now valid for 84 days. This means users will get 84GB of data during the validity period, up from 70GB. Similarly, the Rs. 509 Vodafone plan used to provide prepaid subscribers with 84-day validity but will remain active for 91 days now. This brings up the bundled data from 84GB to 91GB for the total validity period.

Other freebies with the two recharge packs include unlimited calls to any network across India (up to 250 minutes a day, 1,000 minutes a week), no charges for calls on roaming, and 100 SMSes per day. Apart from this, customers also get access to the Vodafone Play app.

The changes have been rolled out to most circles across India. Consumers in circles such as Himachal Pradesh, Andhra Pradesh and Telangana, Bihar and Jharkhand, Jammu and Kashmir, Kerala, Madhya Pradesh and Chhattisgarh, Punjab and Kolkata do not have this offer yet. Interestingly, in Odisha, Rajasthan and Haryana circles, both the Rs. 458 and Rs. 509 plans offer validity of 84 days, which essentially leaves the latter redundant. In all other circles, buyers will get 84-day and 91-day validity with the Rs. 458 and Rs. 509 prepaid packs.

The move by Vodafone comes the same day Jio revised its prepaid plans to offer 1GB data per day packs at a starting price of Rs. 149. It also launched four plans with 1.5GB data per day starting at Rs. 199. Apart from these, Jio is now offering 3GB data per day and 5GB data per day for 28 days with the Rs. 509 and Rs. 799 packs, respectively.

Airtel on Monday had revised its plans to offer validity of 82 days with the Rs. 448 plan, up from 70 days. Similarly, its Rs. 509 pack now offers 91-day validity, up from the previous 84 days. A day later, it started offering 70-day validity at Rs. 399. All three Airtel plans come with 1GB data per day, free calls, and other freebies.