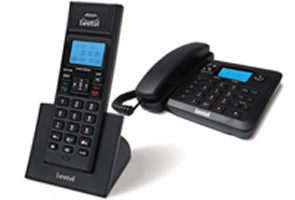 The fixed line telecom services market in the country is expected to grow marginally by two percent to touch Rs. 24,000 crore in 2012, mainly on the back of increasing braodband usage, research firm Gartner today said.

The revenues from fixed line services, which include revenues from consumer voice service, broadband access and Internet access, stood at Rs. 23,500 crore in 2011, Gartner said in a statement.

"Voice traffic continues to shift to mobile. Consumer voice lines have decreased and so have usage levels. Prices remain more or less stable. In the future, decreased average revenue per unit (ARPU) levels, coupled with a low user base, will lead to decreased voice revenue," Gartner Senior Research

The fixed line services market will, however, see growth from broadband and Internet access sectors, which will is expected to collectively grow to Rs. 9,200 crore in 2012.

In 2012, household broadband penetration is forecast to cross six per cent. The broadband market is expected to grow 18 percent in 2012.

"There has been slower than expected growth of fixed broadband services - which has mainly been due to the slow roll out of fixed broadband infrastructure. While some operators have rolled-out FTTx/Ethernet cables, much of the investment focus has been in wireless services," Gupta said.

Fixed line broadband penetration is expected to stay in single digits till 2016, she added.

"Wireless broadband services are expected to help bridge the demand and supply gap to some extent, especially in markets that are not covered by copper telephone lines," Gupta said.

Price of fixed broadband service is also expected to decrease as service providers attempt to attract consumers in the rural areas and higher usage levels may offset any fall in average revenue per user (ARPU).

"The launch of higher speed, more expensive broadband services will help push up average selling prices and ARPU. The net effect of this will be only a slight fall in ARPU levels over the next five years," Gupta said