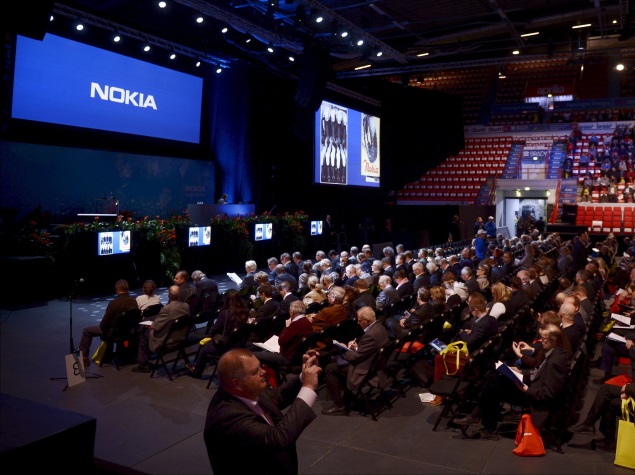 India, which accounts for the largest employee base for Nokia, is a "strategic" market for the telecom equipment maker, its India-born President and CEO Rajeev Suri said on Tuesday.

Suri on Tuesday met Prime Minister Narendra Modi and discussed with him the role the Finnish company can play in supporting India's transformation through initiatives like Digital India and Make in India, Nokia Networks said in a release.

"Nokia is a leading global player in mobile communications. India remains a strategic market for us, and is our largest country in terms of employees, with over 16,000 people employed," Suri said.

Last month, the over $14 billion (roughly Rs. 86,912 crores) Nokia Networks had announced that Bharti Airtel has commissioned the firm to expand its 4G presence to six new circles using its radio network.

On the meeting with Modi, Suri said: "Nokia supports the Prime Minister's vision for India, at the heart of which is telecommunications and technology. We believe we are on the path to a connected world where people and tens of billions of devices will be linked together in extraordinary ways, creating new social and economic opportunities for all."

Countries like India, with their demographic dividend and comfort with mobile technology, are in a position to benefit immensely from this development and thus initiatives like Digital India are crucial, he added.

"Nokia with its three strong businesses - of Networks, Here and Technologies and its manufacturing and research and service delivery operations in India, is ideally positioned to support these initiatives and contribute to growth," Suri said.

The Chennai-unit, one of the largest manufacturing facilities for Nokia, suspended production from November 1 in the aftermath of it being excluded out of the Nokia-Microsoft $7.2 billion deal. Nokia sold its handset business to technology giant Microsoft in April.