Huawei Turns on Humour in Campaign to Win Over Germany 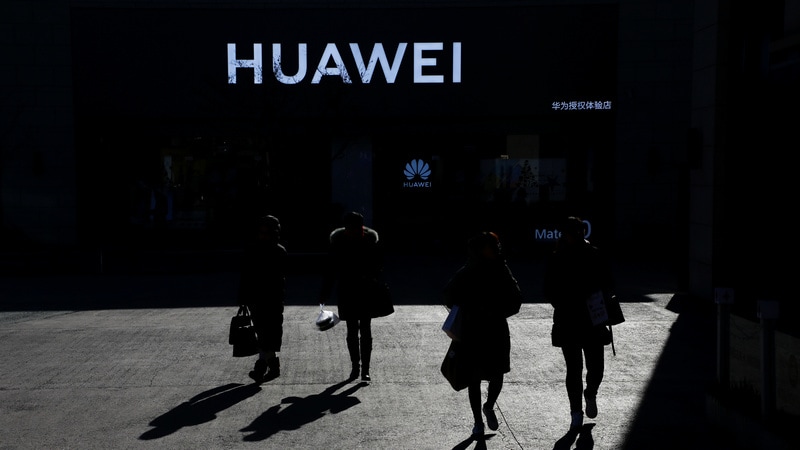 China's Huawei has turned to humour to burnish its reputation in Germany, as the under-pressure networks group seeks to defend its leading position in Europe's largest market against concerns it poses a national security threat.

Billboards posted around Berlin ask whether fifth-generation mobile services will soon be more widespread than dog poop in the capital, while as Germany's ruling party elected a successor to Chancellor Angela Merkel in Hamburg last week, Huawei's stand was decked out with tongue-in-cheek slogans.

"Mutti - are we nearly in new land yet?" a sulking boy asks in one, an ironic reference to Merkel's widely ridiculed comment in 2013 that the internet was "new land for all of us".

Huawei is under increasing pressure outside China and its Chief Financial Officer Meng Wanzhou, daughter of the company's founder, is being held in Canada as the United States seeks her extradition for allegedly misleading international banks about Huawei's control of a company operating in Iran.

Meng denies wrongdoing and China has demanded her release.

Some US allies have barred Huawei from their markets citing national security concerns, and the Shenzhen-based global telecoms networks market leader can ill afford to lose its foothold in Germany, where it first set up operations in 2001.

"Our target group is very much decision makers," Patrick Berger, head of media affairs at Huawei's Berlin office, said of the campaign, launched a month ago as some German policy makers urged Berlin to consider excluding Huawei.

This followed US warnings that Huawei's network gear could contain 'back doors' that would allow Chinese spies to hack into critical network infrastructure.

Germany's interior ministry now says that it sees no legal grounds to exclude any vendor from supplying 5G gear, while the network regulator has included no security requirements in its blueprint for a forthcoming 5G spectrum auction.

Thinking ahead
The campaign is titled 'Huaweiterdenken' - a compound word translatable as "Thinking ahead with Huawei" - and seeks to highlight how its technology is helping people as lifestyles change.

Competitors say, however, that it smacks of desperation in an increasingly adverse political climate.

"The one stakeholder they feel they can still influence is the public," one telecoms industry boss said.

To soothe concerns, Huawei, which sells services to Deutsche Telekom, Vodafone and Telefonica Deutschland, has opened an information security lab in Bonn.

Germany's information-security watchdog said this "significantly improved" its ability to scrutinise the information- and cyber-security of equipment.

Huawei is trialling a 5G project with Deutsche Telekom in Berlin ahead of the auction of licences in early 2019 that would unlock billions in network investments to enable connected factories, smart cities or self-driving cars.

Although some CDU leaders dropped by Huawei's Hamburg stand, its public affairs team was not involved in any high-level meetings and the exhibition hall was separate from where Annegret Kramp-Karrenbauer was elected party leader.

"Our presence had nothing to do with the security debate," Berger said. "And I can already tell you that we are going to be at the party conferences next year."