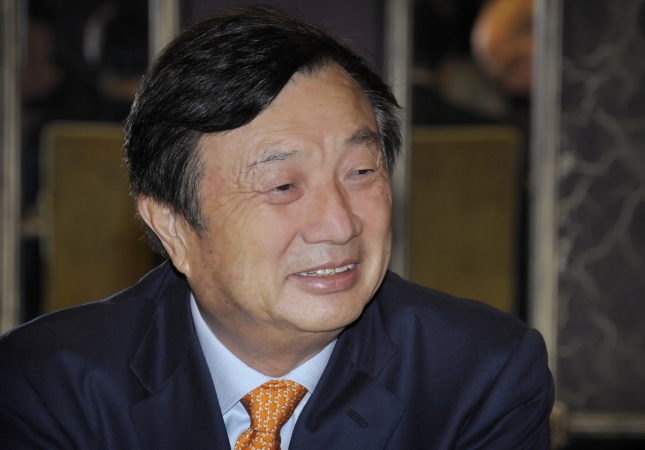 During 26 years at the helm of Chinese tech giant Huawei, founder Ren Zhengfei has never once agreed to be interviewed by a journalist.

During a visit to the company's New Zealand operations, Ren sat down with four local journalists at a Wellington hotel. The rules were strict no international media, no photos.

But the meaning was clear. Huawei is taking steps toward trying to dispel its image as a secretive and opaque company, and to reassure the world of its good intentions.

The telecommunications equipment company has suffered business setbacks in the U.S. and Australia due to fears it could be a security risk. Last October, a U.S. congressional panel recommended telephone companies avoid doing business with it. Huawei issued a pledge not to cooperate with spying, and argues the U.S. is engaging in trade protectionism.

Huawei has grown rapidly in developing countries and is increasing its sales in Europe. Last year, it reported a $2.4 billion profit on sales of $35 billion.

Ren, 68, a former Chinese military engineer, declined through spokesman Scott Sykes to be interviewed by The Associated Press. Sykes said Ren felt more comfortable with a small group of journalists and chose New Zealand to break his silence because he has strong, positive feelings about the country "in his heart."

In his interview, Ren, speaking through an interpreter, told reporters his company's relationship with the Chinese government was no different from that between companies from other countries and their governments, according to a report by Fairfax Media.

Ren said he was confident no member of Huawei's staff would engage in spying, even if asked to by Chinese security agencies. He said he'd joined the Communist Party in 1978 when it was expected all "exceptional" people would do so.

"At that time my personal belief was to work hard, dedicate myself or even sacrifice myself for the benefit of the people," he said, according to Fairfax Media. "Joining the Communist Party was in line with that aspiration."

Sykes said the company is trying to tell its story and dispel misinformation. He said that's particularly important as Huawei moves from doing business only with other phone companies toward selling products such as smartphones directly to consumers.

New Zealand was the first developed country to sign a free trade agreement with China in 2008 and has developed close economic ties since then.