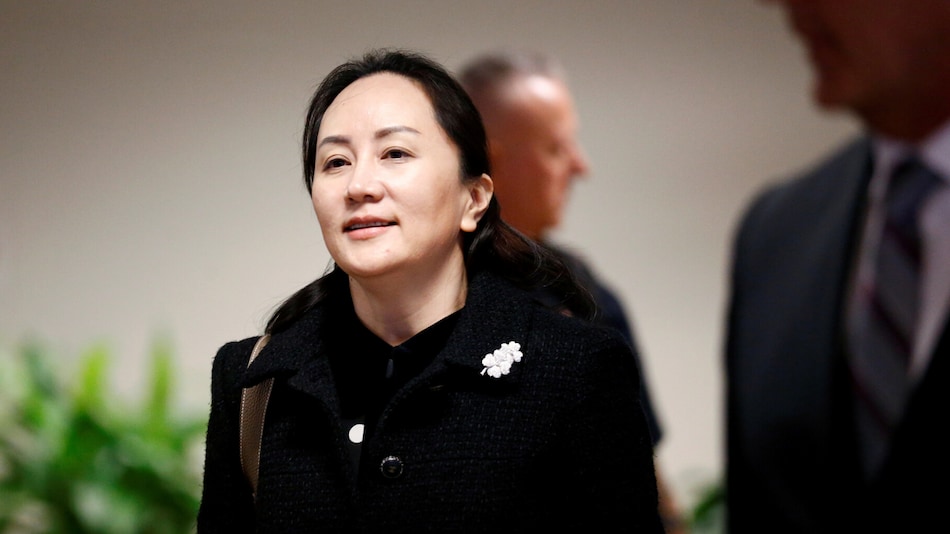 The case has strained relations between Ottawa and Beijing

A Canadian judge will rule Wednesday on a key aspect of Huawei Technologies Chief Financial Officer Meng Wanzhou's extradition to the United States, with a favourable judgment seen as paving the way for the release of the Chinese executive after 18 months of house arrest. British Columbia's Superior Court Associate Chief Justice Heather Holmes will rule on the double criminality issue of the extradition case, deciding whether Meng's alleged actions were a crime in Canada as well as the United States at the time of her arrest.

Meng, 48, was arrested in Vancouver in December 2018 at the request of the United States which accuses her of bank fraud and misleading HSBC about a Huawei-owned company's dealings with Iran. Meng has said she is innocent and is fighting extradition.

The case has strained relations between Ottawa and Beijing.

Huawei's legal team argued in January that since the sanctions against Iran did not exist in Canada at the time of her arrest, Meng's actions were not a crime in Canada. Prosecutors representing the Canadian government countered that the lie itself was the fraud, regardless of the existence of sanctions.

The defence's argument "has the potential to succeed," said Vancouver-based extradition lawyer Mo Vayeghan, but they "face an uphill battle" because prosecutors "emphasised that fraud is at the heart of the criminal allegations," rather than the sanctions.

A ruling in favour of Meng could carry a stay, giving the Canadian government time to decide whether to appeal the decision.

Should the judge rule in favour of the Canadian government, the case would proceed to the next phase in June, arguing whether Canadian officials followed the law while arresting Meng. Closing arguments are expected in the last week of September and first week of October.