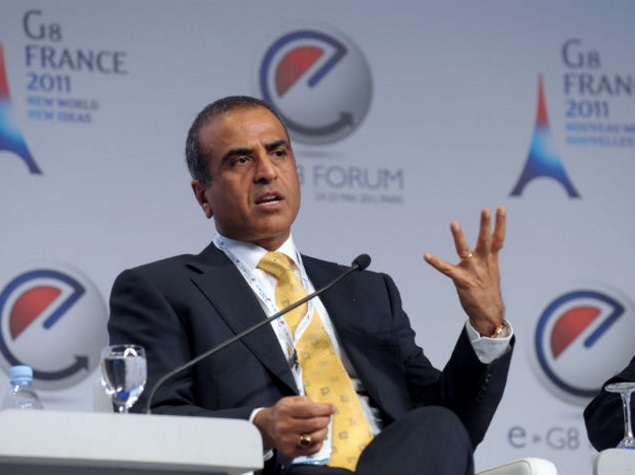 "We want from the government more spectrum. Every country has the same amount of spectrum and it is not that India has less... It needs to be vacated from other places, that is what other countries have also done," Mittal said on the sidelines of the India Economic Summit in New Delhi.

Telecom Regulatory Authority of India, on October 15, gave its recommendation on spectrum auction for premium 900MHz band and 1800MHz band that are presently being used for 2G GSM mobile services by Airtel, Vodafone, Idea Cellular and Reliance Communications. Government has proposed to put for auction about 184MHz of spectrum in 900MHz band which is held by these companies through their various licences expiring in 2015-16. The four telecom operators will have to buy spectrum afresh to continue their services.

"I would say government should make available enough spectrum so that there is a balance between spectrum pricing" he added.

On being asked if the spectrum auction - scheduled for February 3 - should be deferred, Mittal said: "Why should this be deferred. Industry wants more spectrum and the government should make it available to them."

On Bharti Airtel calling off the Rs. 700-crore deal to acquire business and assets of Mumbai-based Loop Mobile, he said much is being read into this.

"Loop mobile is a small issue and I don't know why this is being made into such a big issue. Most of the Loop subscribers have ported to us. It was a small deal, which was basically an experiment for the first time to acquire customers. It's not about the merger but about the renewal of the agreement," Mittal said.

Airtel, in a filing to BSE, had said its proposed transaction related to Loop was conditional upon DoT approvals which had not been received till date.

DoT is yet to give clearance to the proposed deal as it estimates that Loop Mobile and its sister concern Loop Telecom owe about Rs. 808 crores in spectrum and other charges to the government.

Private sector lender Axis Bank has also told the DoT that Rs. 215-crore loan to Loop Mobile will be at risk if the deal of the Mumbai-based operator to sell its assets to Bharti Airtel is not approved.

Airtel had signed the deal with Loop in February this year to buy business and assets of Loop Mobile in Mumbai under a strategic agreement for about Rs. 700 crores.