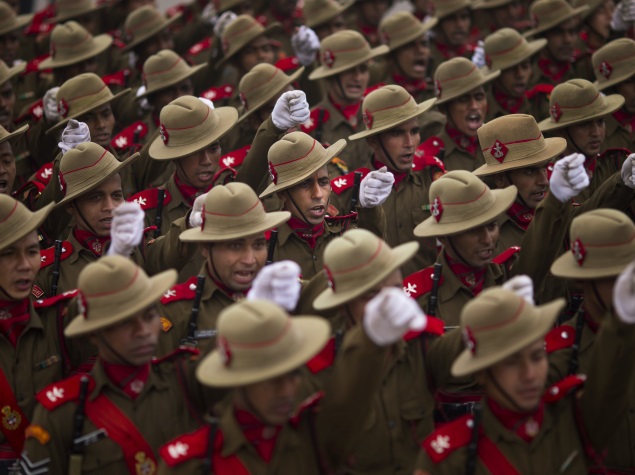 Ending an 8-year-long dispute over spectrum sharing with defence, the Cabinet on Wednesday earmarked bands for exclusive use of security establishment while making available the remaining radiowaves for commercial use in areas like telecom and broadcasting.

Of the 49 bands of spectrum or radiowaves between 3MHz to 40GHz band, nine have been identified for exclusive use by the defence. In 31 other bands different users like telecom firms, broadcasters, civil aviation and space would co-exist.

For the remaining nine, a group has been formed to sort out issues between various user ministries.

After the identification of bands, there will be spectrum swapping with users like defence vacating the ones which have not been earmarked for them and moving into those reserved for them.

"The issue which has been pending last 8 years has been resolved today. Today entire Defence band has been identified," Telecom Minister Ravi Shankar Prasad told reporters after the meeting.

The Cabinet also approved swapping of 15 megahertz of 3G spectrum between Defence and the Telecom Ministry. However, government will be able to provide it after completion of the harmonisation process.

"The band in 1700MHz to 2000MHz is required to be harmonised. The Cabinet has approved that this harmonisation is to be done in a period of one year," Prasad said.

Telecom Ministry has proposed to exchange 15MHz spectrum it holds in 1900MHz band with same quantum of airwaves held by Defence in 2100MHz. The 2100MHz band is currently used for 3G services.

"Swapping of 15MHz in the frequency band of 1900MHz with Telecom has been permitted to be done today. Now the swapping will happen but it will take some time," Prasad said.

The Cabinet has asked ministries involved in the process to complete harmonisation within a year. Government has identified that entire spectrum 50km inside the Indian territory from international border will classified as Defence Interest Zone.

"The area in 50kms on the border of India is called Defence Interest Zone (DIZ). In peace time telecom operation that we will do we will inform Defence that this is our infrastructure. In the time of hostility, then those will come under the jurisdiction of Defence," Prasad said.

In the event of Defence trying to do some thing that may impact the telecom operation in that 50km area, it will have to take the approval of the Government, he added.

Prasad said that there are certain issues on which further clarification is required and the same will be discussed among ministries.

The Cabinet did not take up 3G spectrum pricing or any other issue related to upcoming auction and no timeline was committed for it.

The Defence Ministry and DoT had signed a pact in 2009- 2010 under which the former had agreed to vacate 25 megahertz (MHz) of 3G spectrum and 20MHz of 2G in phases.

In return, DoT had committed to set up an exclusive defence network for its communication services.

Under the pact, the remaining spectrum - 10MHz in 3G and 5MHz in 2G - was to be vacated only after the alternate communication network is completed.

Though alternate communication network for Defence is yet to be completed, it has agreed to provide 5MHz of 3G spectrum for auction scheduled to start from February 25.