US weather agency warned of a potential loss of 77.4 percent of data coming from microwave sounders mounted on the agency's polar-orbiting satellites. 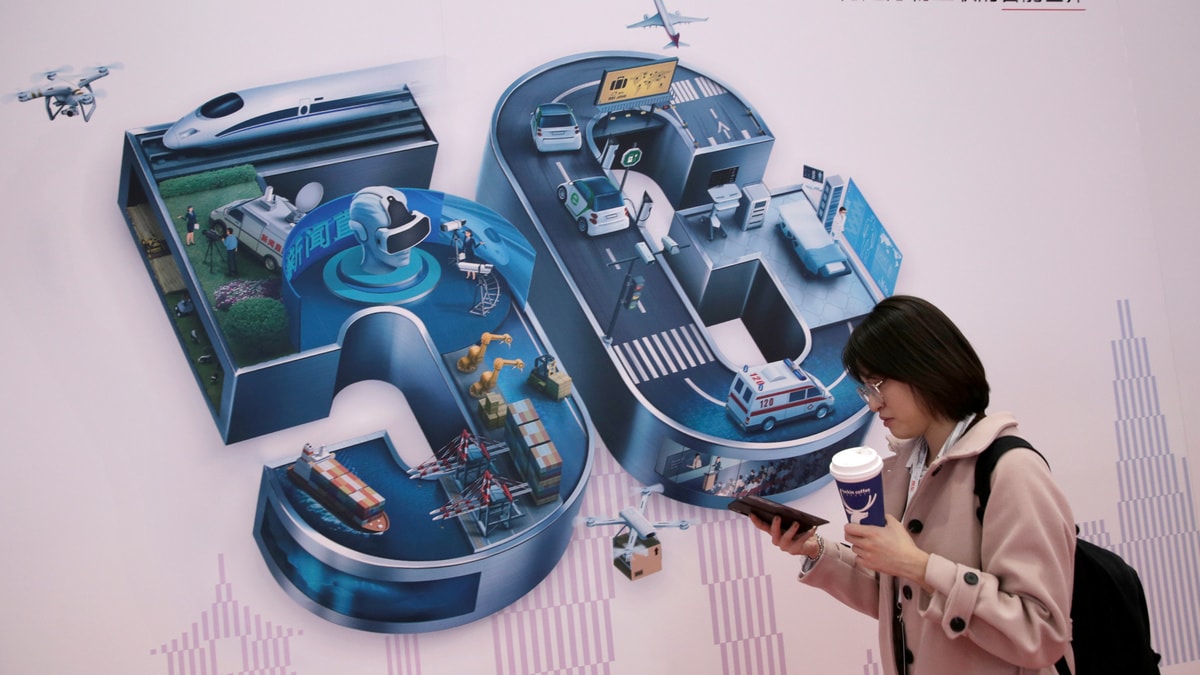 A long-awaited international deal governing how the world's technology companies should roll out 5G technology poses serious risks to weather forecast accuracy, according to data from federal agencies and the World Meteorological Organisation. Negotiators from around the world announced a deal Friday at a meeting in Sharm el-Sheikh, Egypt, for how to roll out 5G technology that operates using specific radio frequency bands.

Studies completed before the negotiations by US government agencies such as the National Oceanic and Atmospheric Administration, NASA and the Navy had warned that 5G equipment operating in the 24-gigahertz frequency band could interfere with transmissions from polar-orbiting satellites used to gather weather data. This could make forecasts much less reliable, the reports found.

Specifically, these highly technical analyses concluded that if deployed widely and without adequate constraints, telecommunications equipment operating in the 24 GHz frequency band would bleed into the frequencies that NOAA and NASA satellite sensors also use to sense the presence and properties of water vapor in the atmosphere, significantly interfering with the collection and transmission of critical weather data.

The NOAA report, for example, warned of a potential loss of 77.4 percent of data coming from microwave sounders mounted on the agency's polar-orbiting satellites.

The agency's microwave sounders operate at a frequency of 23.6 to 24 GHz, which is close to the frequency that the Federal Communications Commission auctioned off the use of for about $2 billion beginning this past March.

The key concerns about 5G interference focus on what are known as baseline interference limits, often referred to as out-of-band emission limits.

Going into the negotiations in Egypt, the United States took a negotiating position that was extremely concerning to scientists at NOAA and NASA, because it called for a limit of up to -20 decibel watts of interference (the lower the limit, the more buffer room there is). European regulators and the World Meteorological Organization, a UN agency, took a stricter line, arguing for stricter interference limits of up to -55 decibel watts.

The newly agreed standard represents a middle ground and will be introduced in two stages. The first stage, which will be in effect until Sept. 1, 2027, will be -33 decibel watts, and this will tighten to -39 decibel watts after that.

The idea is to help spur the technological development of the 5G sector - a key priority of the Trump administration, in the near term, without causing too much harm to weather forecasting once the technology is more mature and deployed widely.

However, reaction to the outcome of the meeting is decidedly mixed. At the meeting in Egypt, a representative of the WMO read a statement of concern, as did negotiators for many European nations, according to reporting by Nature News.

"Because the US position was so high, any lower threshold is welcome news. But it's not where we are completely confident that there will not be interference," said Jordan Gerth, a meteorologist who chairs the Radio Frequency Allocations Committee for the American Meteorological Society.

The most important data that goes into computer models used for weather forecasting comes from microwave sounders mounted on polar-orbiting satellites. Any degradation of this data could harm forecast accuracy by introducing blind spots in these models. In fact, Neil Jacobs, the acting administrator of NOAA, has warned that if his agency's study proves correct, weather forecasting could decline by up to 30 percent, going back to the accuracy of 1980.

The data is especially useful for making near- to medium-range forecasts and allows measurements to be taken across regions that have no surface-weather stations, such as the oceans or remote land regions.

The European Center for Medium-Range Weather Forecasts in the UK, which has a weather model that typically outranks the US for its accuracy, released a statement on Monday harshly criticising the outcome of the 5G meeting.

The statement says the agreement "falls far short of ensuring 5G applications do not interfere with weather observations," and compares the 5G agreement to the world's lack of action in response to decades of scientific warnings on climate change.

"It is worrying and disheartening to watch history repeat itself and science losing to other societal pressures," the ECMWF stated. "Watching the cost society now has to pay for having ignored global warming warnings, one would have hoped that the voice of atmospheric science would have carried more weight."

The agreement reached in Egypt falls far short of ensuring 5G applications do not interfere with weather observations at 24 GHz.

Renée Leduc, a consultant with Narayan Strategy who specialises in radio frequency issues, said she is "very concerned" about computer modelling accuracy deteriorating with this deal, especially during the early, less restrictive phase, as companies rapidly deploy more 5G networks.

"We need our weather models to be improving, not getting worse, and that's something that President Trump has said himself," she said.

In case forecasts are degraded because of 5G interference, NOAA is considering plans to avoid worst-case scenarios. For example, it could use water-vapour-sensing channels only over oceans and exclude land, which would be the likely source of interference.

Another option would be to develop artificial intelligence approaches to recover lost or corrupted data from the microwave sounders.

First, the agency plans new studies using the newly agreed upon interference limits "to identify any potential impacts on our observing systems," the agency said in a statement Friday evening. "Additional time will be required for these studies. We look forward to working with our interagency partners and external stakeholders through this collaborative process."

The FCC will also need to determine how it will incorporate the decision in Egypt into its requirements for the recent spectrum buyers.

Vivo V1936AL With Triple Rear Cameras Spotted on TENAA, Might Debut as Another Variant of Vivo iQoo Neo
Samsung Galaxy S9, Galaxy S9+ Get One UI 2.0 Beta Program in India to Offer Android 10