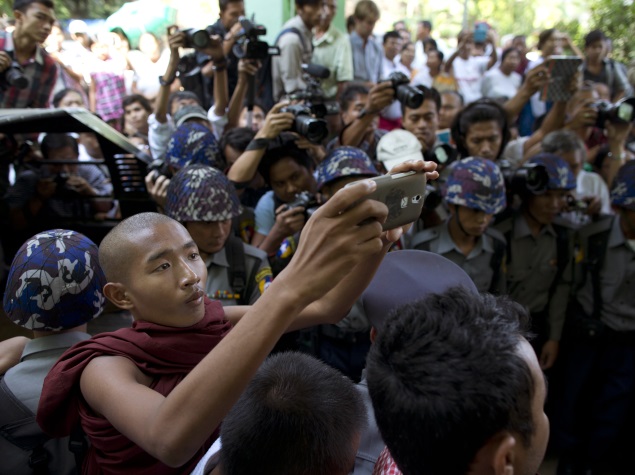 The Cabinet is believed to have asked the Department of Telecom to examine imposing a Swachch Bharat cess on spectrum charges paid annually by service providers.

Besides this, it has also asked DoT to submit a proposal to notify dedicated spectrum for Defence forces as 'Defence Band (DB) and Defence Interest Zone (DIZ)' by January 15.

Defence has agreed to release more 3G spectrum as demanded by telecom operators once DB and DIZ are notified.

Industry has been demanding the government to auction 20MHz of 3G spectrum in February but Telecom Minister Ravi Shankar Prasad has only assured auctioning 5MHz as dedicated spectrum bands for Defence forces are yet to be notified.

"Cabinet on January 5 had asked DoT to examine imposition of a cess on Spectrum Usage Charge (SUC) for Swachch Bharat Kosh and bring a proposal for its consideration by January 15. The other direction is to submit proposal for DB and DIZ bands on same date," an official source said.

Besides, the source added that the government is mulling to impose such Swachch Bharat cess on various other sectors as well but the quantum has not been decided yet.

At present, SUC is calculated in three different ways based on Adjusted Gross Revenue - actual revenue earned by companies from telecom services - and spectrum holding.

Till February 2014, SUC for mobile service providers was levied in the range of 3-8 percent depending upon the quantum of spectrum they hold.

In 2014, it was decided that telecom operators will pay flat 5 percent of their Adjusted Gross Revenue (AGR) as SUC for spectrum acquired through auctions in February 2014 and onwards, except those who hold broadband wireless spectrum.

Those who only hold spectrum allotted to them before February 2014 auction continue to pay SUC based on slab rate of 3-8 percent.