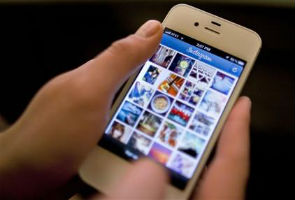 Checking your bank balances or placing a request for a cheque book has been made as simple and hassle-free as dialling *99# from your mobile.

Just dial *99# from your mobile of any make, every banking service, be it fund transfer or checking balances, comes at platter.

Formally rolled out by Finance Minister P Chidambaram last Saturday at the national banking conference in Pune, as part of the government's financial inclusion programme, the service, one of the unique empowerment initiatives, is being facilitated by National Payment Corporation of India (NPCI).

"The new initiative is the NPCI's way of making mobile banking more universal. Currently, we need a smartphone to download such applications, which an average mobile user does not have. So, we decided to provide the application even on a simple handset to reach out to a larger section of the society," NPCI Managing Director and Chief Executive A P Hota told PTI.

Currently, the service is available on BSNL and MTNL network across 23 banks.

Hota said that since there are 14 mobile operators, it will take some more time before it gains traction.

Explaining the functioning, Hota said the service gets functional by simply dialling *99#, the way people use emergency numbers such as 100 for police, and 101 for Fire Service. "The NPCI wants a similar number common for banking too," he said, adding that *99# will be a universal code to access account details across all banks, he said.

"What sets apart the *99# initiative from other mobile telephony services currently offered is that the *99# connectivity is under the unstructured supplementary service data (USSD) platform where each dial-in results in a live connection with the banks server," Hota said, adding the existing services are bipartisan deals between a bank and a telco while the model eliminates this bilateral connectivity.

On the service charge, Hota, said currently, 25 paise is being paid by NPCI to the telcos since the project has started three months ago on a pilot basis.

At the Bancon, Chidambaram had described the government plan to shift most subsidies to direct cash transfer model using the Aadhaar-enabled bank accounts from January 1. He had also set a December 31 deadline for banks to ensure that all beneficiaries have Aadhaar numbers linked to their bank accounts and to ensure that those without an account are given one.

Nintendo sells 400,000 Wii U consoles in first week of US launch
eBay shines as online sales jump on Cyber Monday