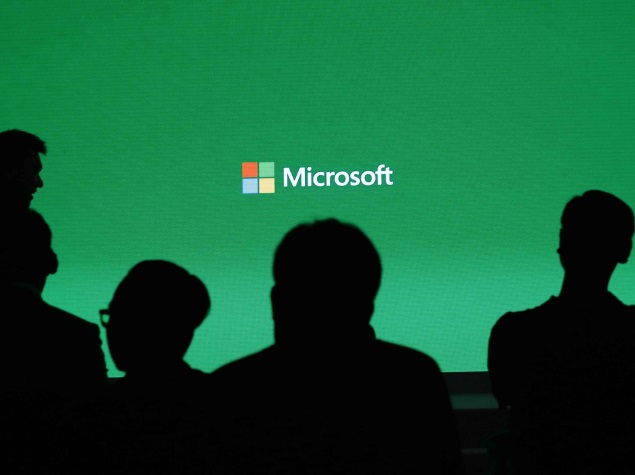 China's three anti-monopoly regulators on Thursday launched a vigorous defence of their recent investigations into foreign companies, which have prompted mounting international criticism, and said they are not targeting multinational firms.

At least 30 foreign firms, including U.S. companies such as Qualcomm Inc and Microsoft Corp , have come under scrutiny as China seeks to enforce a 2008 anti-monopoly law that some critics say is being used to unfairly target overseas businesses, raising protectionism concerns.

"Our antitrust enforcement work is strictly conducted according to regulations," said Xu Kunlin, director general of the National Development and Reform Commission's (NDRC) Price Supervision and Inspection and Anti-Monopoly Bureau.

Xu added the investigation of Qualcomm, one of the world's biggest makers of mobile chips, was "basically done" and that the NDRC planned to meet the company's president, Derek Aberle, on Friday.

Thursday's rare joint press conference, which also included antitrust heads from the Ministry of Commerce and State Administration for Industry and Commerce, showed the regulators presenting a united front.

It comes days after Premier Li Keqiang defended at a global forum a series of probes into overseas companies amid snowballing concern from the foreign business community.

In the last two weeks, four leading international business lobbies have raised alarm over the investigations.

Their complaints range from worries that foreign companies are being unfairly targeted by probes motivated by China's industrial policy aims, to concerns over the use of strong-arm tactics by Chinese regulators.

On Wednesday, U.S. Federal Trade Commission Chairwoman Edith Ramirez spoke publicly about reports of China's enforcement of its antitrust law and its investigation of Qualcomm.

"I am seriously concerned by these reports, which suggest an enforcement policy focused on reducing royalty payments for local implementers as a matter of industrial policy, rather than protecting competition and long-run consumer welfare," Ramirez said, without mentioning Qualcomm by name.

Xu, said he had read the reports thoroughly but dismissed them as unrepresentative and lacking a factual basis.

"We asked some of the companies we were investigating about the criticism in these reports. The companies told me they didn't know why they would issue these kinds of statements. They said they didn't make those criticisms and they didn't represent their opinions," Xu said.

"Our communication with all of the companies we are investigating is extremely free-flowing."

Regulators also on Thursday announced their first-ever punishments of foreign carmakers for price-fixing, fining a Chinese venture of Volkswagen AG and the China sales unit of Fiat's Chrysler a combined $46 million.

Qualcomm Executive Chairman Paul Jacobs declined to comment when asked about Aberle's meeting. "We have a good business in China and we work very closely with the partners here," Jacobs said on the sidelines of the World Economic Forum event in China's northern city of Tianjin.

Separately, the State Administration for Industry and Commerce (SAIC) defended its investigation of Microsoft Corp., the world's biggest software company.

Earlier this month, SAIC gave Microsoft 20 days to reply to queries on the compatibility of its Windows operating system and Office software suite.

Director General Ren Airong, of SAIC's Anti-monopoly and Anti-unfair Competition Enforcement Bureau, said that "many firms" had reported that Microsoft was suspected of monopoly practices.

Ren also said that Microsoft had "more lawyers" than any case the regulator has investigated and that the SAIC's "every move" was conducted under their view.

The regulators said they were focused on domestic firms as well as foreign companies, though critics argue that fines on Chinese companies are typically lower.

On Tuesday, China's Premier Li Keqiang waded into the fray, telling executives that the investigations were conducted "legally, transparently and fairly", in some of the highest level official comments on the issue to date.

Li said that only 10 percent of companies impacted by antitrust investigations were foreign.