China Says Lodged 'Solemn' Protest With US Over Huawei

Beijing also warned that Washington must show "sincerity" for trade talks to resume. 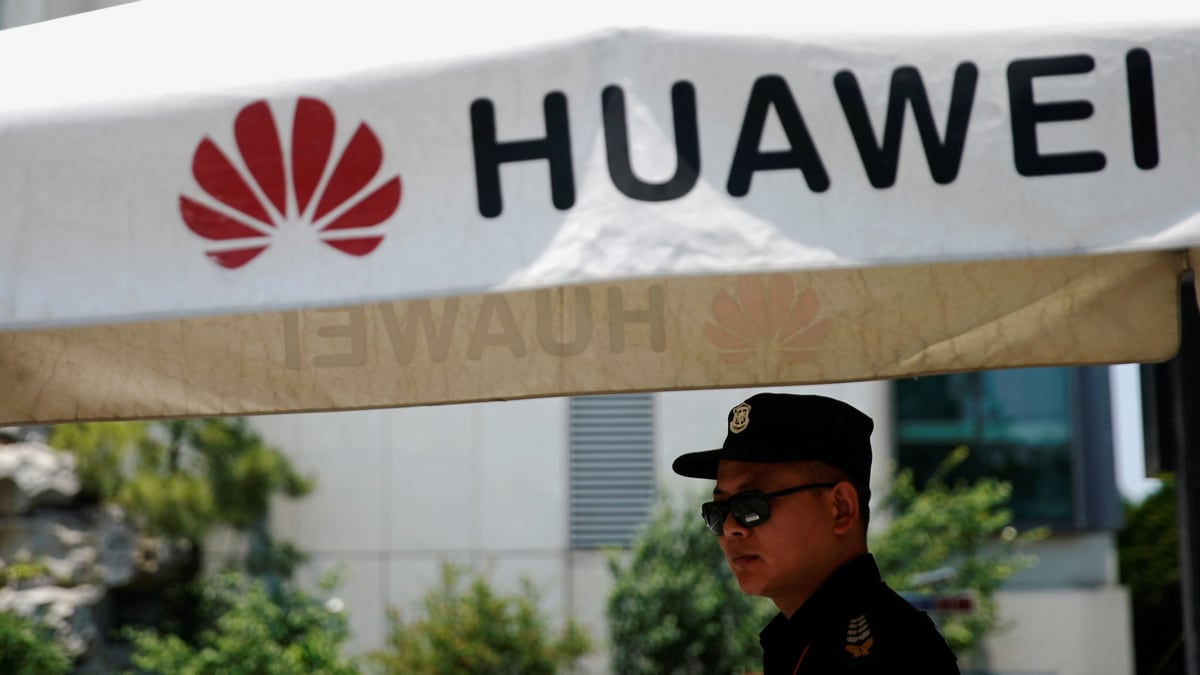 China berated the United States for "bullying" Huawei on Thursday as Panasonic joined a parade of foreign companies reviewing their ties with the telecom giant after a US ban linked to security concerns.

Commerce ministry spokesman Gao Feng said China has lodged "solemn representations" with Washington, warning that Beijing has the "confidence and ability to protect the lawful rights and interests of Chinese companies."

"The US use of state power to arbitrarily exert pressure on a private Chinese company like Huawei is typical economic bullying," Foreign Minister Wang Yi said Wednesday.

Wang warned that Beijing was ready to "fight to the very end" in its trade war with Washington.

Huawei was dealt a new blow as Japan's Panasonic announced it would stop supplying some components to the company.

In an official statement emailed to AFP, Panasonic said it had announced in an "internal notification" that it would "suspend transactions with Huawei and its 68 affiliates that were banned by the US government".

It declined to comment on "other transactions that are not banned by the US".

When asked for its response, Huawei pointed to a statement on Panasonic's Chinese website that said the firm was supplying Huawei "normally" and "strictly abiding by the relevant laws and regulations of countries and regions where Panasonic is present".

Japanese firm Toshiba said later Thursday it had resumed shipment of all products to Huawei hours after announcing a temporary halt to check whether US-made parts were involved.

The moves came a day after major Japanese and British mobile carriers said they would delay releasing new Huawei handsets, upping the pressure on the world's second-largest smartphone manufacturer.

Washington's restrictions affect products made fully or partially in the United States, where Panasonic manufactures some of its components, or those that contain some US technology.

'Show sincerity'
Last week, Trump declared a national emergency to bar US companies from using foreign telecoms equipment deemed a security risk - a move seen as targeting Huawei, which Washington suspects of being a potential proxy for Chinese intelligence services.

The Commerce Department has also announced an effective ban on US companies selling or transferring US technology to Huawei, though it later issued a 90-day reprieve.

Earlier this week, Google said it would partially cut off Huawei devices from its Android operating system. Huawei has since indicated that it could roll out its own OS this year in China and internationally next year.

Trump's moves came days after he increased tariffs on $200 billion in Chinese goods, prompting Beijing to hike duties on $60 billion in American products.

Top negotiators held talks earlier this month that ended with the Chinese side saying more negotiations would take place in Beijing, but no date has been set and the tone has soured since then.

"If the US wants to continue to talk, it should show sincerity and correct its mistaken actions. Only on the basis of equality and respect can the negotiations have the chance of continuing," commerce ministry spokesman Gao said.

Wang warned Wednesday during a trip to Kyrgyzstan: "If the United States opts for a policy of maximum pressure, then China will take them on and fight to the end."

'Regrettable situation'
The trade dispute has snowballed into a tech war, with Huawei at the epicentre of a battle for supremacy in technologies that could shape the future of the world economy, such as next-generation 5G networks in which the Chinese firm is a global leader.

In Britain, Telecoms giant EE, owned by BT, had been due to bring Huawei's first 5G phone, the Huawei Mate 20X, to Britain, but chief executive Marc Allera said Wednesday the company had "paused" the launch.

The delay would last "until we get the information and confidence and the long-term security that our customers... are going to be supported", he said.

The group also said it would phase out the use of Huawei equipment in the most sensitive "core" elements of its network infrastructure.

In Japan, KDDI and SoftBank, the country's number-two and number-three carriers respectively, said they were delaying the release of Huawei handsets.

And the BBC reported British firm ARM, which designs processors used in most mobile devices, would also cut ties with Huawei.

"ARM is complying with the latest restrictions set forth by the US government and is having ongoing conversations with the appropriate US government agencies to ensure we remain compliant," a spokesperson for ARM in Japan said Thursday.

Huawei said Wednesday that it recognised "the pressure" placed on its suppliers, and that it was "confident this regrettable situation can be resolved".