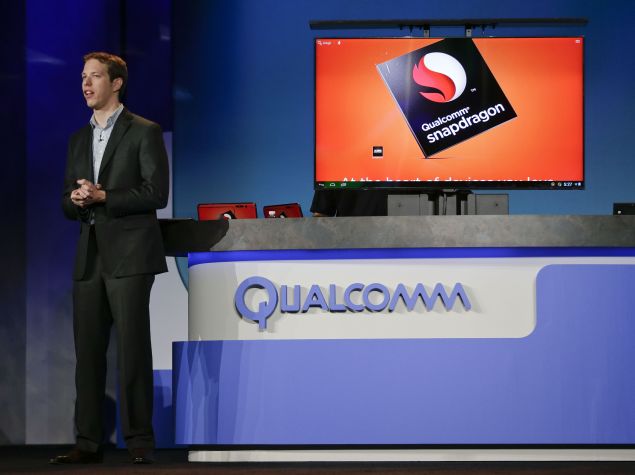 A panel that advises China's Cabinet on anti-monopoly policy has fired an economist who was paid to help prepare a report for Qualcomm, a U.S. company that is the target of a pricing investigation, according to state media.

Zhang Xinzhu, a researcher at the Chinese Academy of Social Sciences, was dismissed from the 21-member panel for "discipline violations," the China News Service and other outlets reported.

Qualcomm Inc. said Zhang was one of several economists who worked for Global Economics Group LLC, a U.S. firm it hired to prepare a report in response to accusations Qualcomm violated Chinese anti-monopoly law. The San Diego, California-based company supplies chips used in smartphones and other mobile devices.

"Qualcomm paid Global Economics its standard rates for the firm's services. Qualcomm did not have any financial dealings with Professor Zhang," said Qualcomm spokeswoman Christine Trimble in an email. "Hiring economists to provide such economic analysis to antitrust authorities is routine practice in government investigations in China and around the world."

Beijing has launched a series of anti-monopoly investigations of global automakers and technology suppliers. That has prompted suggestions regulators might be trying to force down prices or support Chinese companies by handicapping their foreign competitors in violation of Beijing's free-trade pledges.

Zhang told Chinese media this week he was dismissed for speaking up for the rights of foreign companies.

Chinese regulators said earlier they were investigating whether Qualcomm and another company, InterDigital Inc., of Wilmington, Delaware, abused their dominant market position by charging excessive fees for technology.

In July, an official of the Cabinet's planning agency, the National Development and Reform Commission, was quoted by the government newspaper China Daily as saying regulators concluded Qualcomm "has a monopoly." It gave no indication what penalties or demands for changes in business practices the company might face.

Business groups welcomed the enactment of China's anti-monopoly law in 2008 as a step toward clarifying operating conditions. Since then, they have said it is enforced more actively against foreign companies than against local rivals.

In a statement Wednesday, the European Union Chamber of Commerce in China said it had received reports of "intimidation tactics" by regulators who pressure foreign companies to accept punishments without a full hearing or involving their governments.

The chamber expressed concern foreign companies might be "disproportionately targeted." It said that in some industries, Chinese companies have not faced action for similar violations.

"Competition law should not be used as an administrative instrument to harm targeted companies or serve other aims, such as administratively forcing price reductions," the chamber said.

Last year, regulators fined five foreign dairy suppliers and one from Hong Kong a total of $108 million on charges they violated the anti-monopoly law by setting minimum prices distributors were required to charge.

Global automakers also are under scrutiny. An official said last week Volkswagen AG's Audi and Fiat Chrysler Automobiles NV's Chrysler unit would be punished for unspecified violations of the law.

The government has yet to disclose the basis of its investigation but industry analysts say it might be based on complaints that prices of imported luxury vehicles and replacement parts are too high.