Johnson was spotted taking a selfie - with a phone manufactured by Huawei. 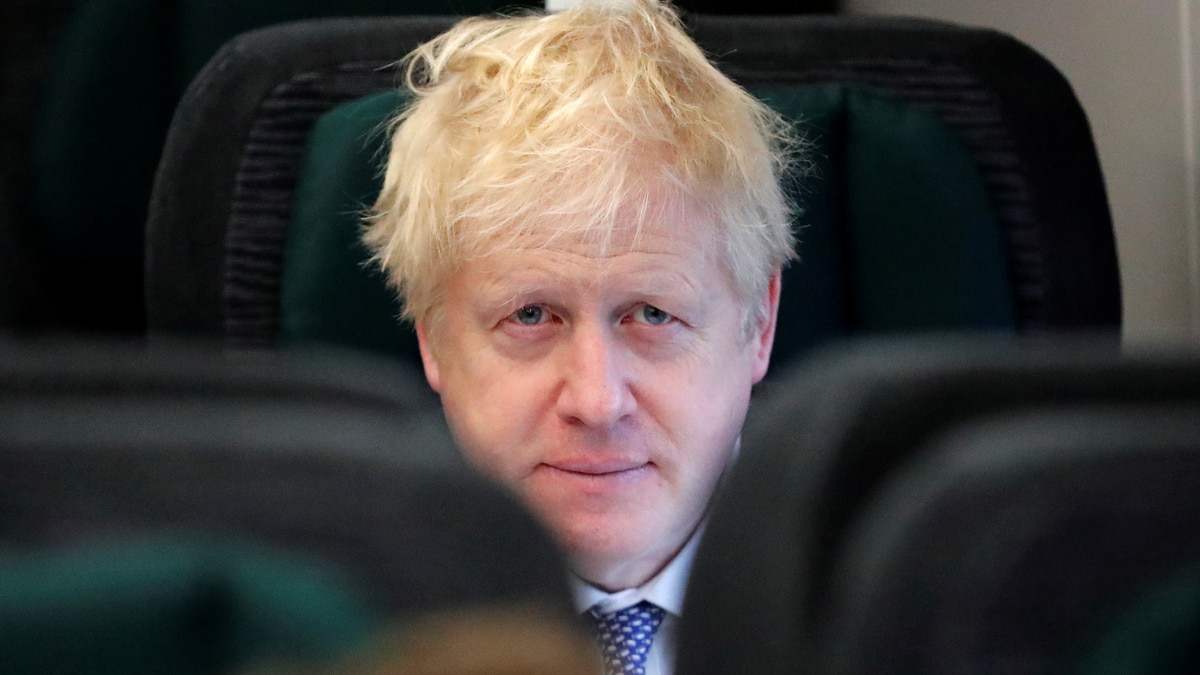 Britain suggested this week it would take a tougher position on the Chinese tech company Huawei - apparently falling into line with the stance advocated by the Trump administration as the US president visited London for a meeting of NATO leaders.

But the day after Trump left the country, British Prime Minister Boris Johnson was spotted taking a selfie - with a phone manufactured by Huawei.

The use of the phone was first reported by Britain's Press Association. Johnson used the phone, which appeared to be the P20 Pro model, to take a photograph of himself following an interview Thursday on ITV's "This Morning" program hosted by Phillip Schofield and Holly Willoughby.

A representative of the prime minister's office declined to answer questions about the photo, citing the upcoming British election on December 12. The governing Conservative Party did not respond to a request for comment.

The Press Association reported that Willoughby described the selfie on the show, suggesting that Johnson "whipped his phone out and he took a selfie." Schofield said Johnson didn't know he had to press a button to take a photograph.

A representative of the Conservative Party told the Press Association that the phone did not belong to the prime minister.

Huawei is one of China's largest tech companies, but it has come under scrutiny for its close links to Beijing.

The company's role in supplying technology for next-generation 5G wireless networks has led Secretary of State Mike Pompeo and other US officials to suggest that China could use the company as a back door to gain access to sensitive information.

The State Department did not immediately respond to a request for comment.

James Mulvenon, a China expert at SOS International, a Northern Virginia defense contractor, said the British prime minister's use of a Huawei phone would be a security risk unless it had been specially modified in some way.

"GCHQ are very good at what they do, but politicians these days are also stubborn about having normal devices," Mulvenon said in a message, referring to Britain's Government Communications Headquarters - the British spy agency equivalent to the US National Security Agency.

GCHQ released a scathing assessment of the threat posed by Huawei to British telecommunications systems in March. The report focused not on the role of the Chinese state in the company, but instead alleged significant failings in engineering and software.

Huawei phones are not widely available in the United States, and US officials have advised Americans against using them. CNBC reported in February 2018 that the heads of six top US intelligence agencies had warned of the risks of Huawei hardware during Senate testimony.

"We're deeply concerned about the risks of allowing any company or entity that is beholden to foreign governments that don't share our values to gain positions of power inside our telecommunications networks," FBI Director Christopher Wray testified before the Senate Intelligence Committee.

Britain is reported to have delayed its decision on whether to allow Huawei to provide technology for its 5G network until after the election. Britain and Canada are the only members of the "Five Eyes" intelligence-sharing nations that have not yet banned Huawei's technology - the United States, Australia and New Zealand already have.

At a news conference on Wednesday, Johnson said he did not want Britain to be "unnecessarily hostile to investment from overseas," but he said the "country cannot prejudice our vital national security."