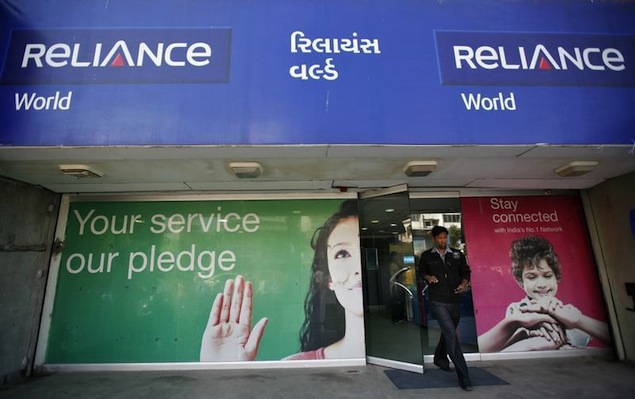 The arrangement may be extended in future to roaming services on 2G, 3G and 4G platforms, and any other mutually benefiting areas relating to telecommunication, the two companies said.

"The cooperation is aimed at avoiding duplication of infrastructure, wherever possible, and to preserve capital and the environment," Bharti said in a statement.

The financial details of the agreement were not disclosed, but an identical statement by both companies said the pricing would be at "arm's length, based on prevailing market rates".

Reliance Industries, controlled by India's richest man Mukesh Ambani, plans to roll out a nationwide 4G network as part of its foray into telecoms. The company's unit Reliance Jio Infocomm won airwaves in 2010, but is yet to start commercial services.

Bharti, which will compete with Reliance Jio in the wireless broadband business, has already launched 4G networks in some Indian cities. The telecoms major, nearly a third owned by Southeast Asia's SingTel, in October bought out Qualcomm Inc's stake in a 4G broadband joint venture to take full control.