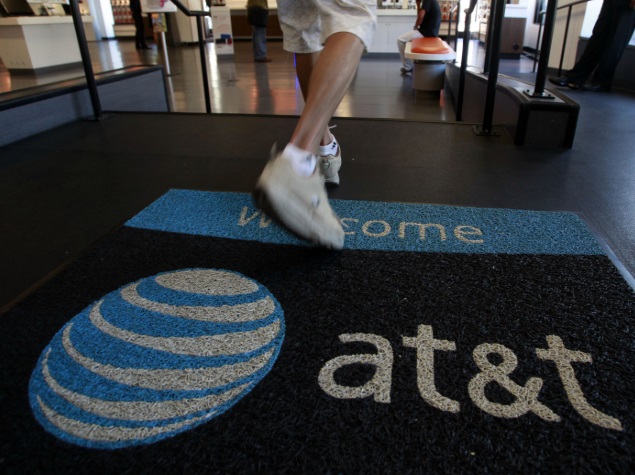 AT&T Inc on Wednesday reported better-than expected earnings and said fewer wireless customers switched to other networks at a rate not seen in any first quarter.

The company, awaiting regulatory approval for its $48.5 billion proposal to buy DirecTV, sees additional cost savings of more than double than it previously forecast from the deal. It still expects it to close in the current second quarter.

AT&T also said it added 441,000 postpaid or contract subscribers and 1.2 million new wireless customers in the quarter. However, the average revenue per contract phone user fell 9.6 percent from a year earlier.

Shares of AT&T rose about 1.3 percent in after-hours trading. They ended at $32.86 on the New York Stock Exchange.

Excluding items, AT&T earned 63 cents per share, ahead of analysts' average estimate of 62 cents, according to Thomson Reuters I/B/E/S.

The company said postpaid churn, or the rate of customer defections, fell slightly to 1.02 percent from 1.07 percent a year ago. AT&T, which had seen this metric increase over the last two years, said its first quarter had its best-ever churn.

AT&T said it expects cost savings from the DirecTV deal to total at least $2.5 billion on an annual basis by the third year after the deal closes. Previously, it had said it expected to see $1.6 billion in cost savings.

Faced with intense competition and deals from rivals, wireless carriers have moved from two-year contract plans to equipment financing plans, which reduce service fees and eliminate subsidies for devices.

As the U.S. wireless market reaches saturation, the company has been expanding its footprint in Mexico. In January, it said it would buy bankrupt NII Holdings Inc's wireless business in Mexico for $1.875 billion.

AT&T plans to combine Nextel Mexico with Iusacell, which the company acquired in November for $1.7 billion.

Further reading: AT and T, Telecom

Some Apple Watch Buyers to Get Shipments Sooner Than Expected
Net Neutrality: Nasscom Calls for Level Playing Field for Startups