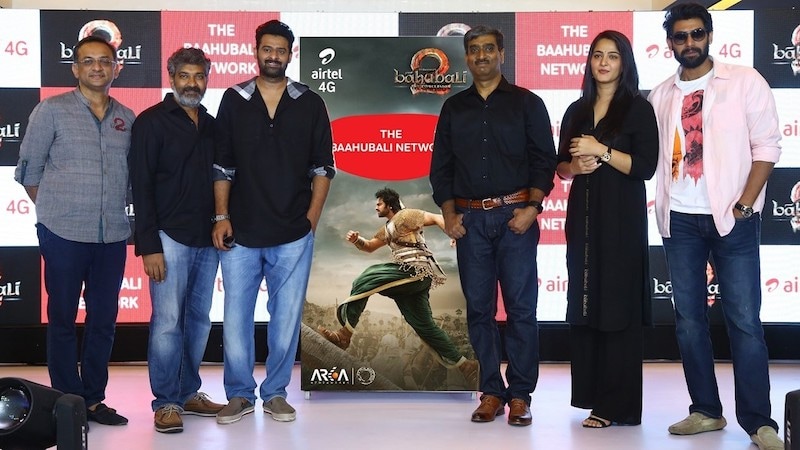 Airtel has announced a strategic partnership with ‘Baahubali 2 – The Conclusion’ by launching products aimed to promote the upcoming magnum opus. A range of special products, which includes special 4G SIMs with 4G data benefits, were unveiled on Friday by the cast of Baahubali 2

The special Baahubali SIMs will come with 4G data benefits for customers to experience the movie on on network that's rated India's fastest network by Ookla and OpenSignal, though TRAI's MySpeed app disagrees. The teleco is also offering special Baahubali 2 4G recharge packs, the details of which are unclear at this point. We’ve reached out to Airtel for more information and will update the copy as and when we receive them.

“As India’s largest and fastest mobile network, Airtel is thrilled to partner with ‘Baahubali 2’ to deliver an exciting experience to our customers. We invite Baahubali fans to get up close with the epic on their smartphones with Airtel and enjoy great content backed by a superior mobile broadband experience,” said Raj Pudipeddi, Director – Consumer Business & Chief Marketing Officer, Bharti Airtel.

The partnership also means Airtel customers will get to enjoy exclusive Baahubali 2 content such as the making of the film and other behind-the-scene videos from the film on Airtel Movies. Airtel’s music app Wynk Music will also see specially curated playlists from the star cast of the upcoming movie.

Airtel will also be helping promote Baahubali 2 through an online engagement program across various digital platforms. An interactive outdoor campaign will also be live soon for Airtel 4G users at various points in the country. Baahubali 2 hits theaters worldwide on April 28.