The Disney+ Hotstar VIP offer is provided on the Rs. 999 and above broadband plans as well as the Rs. 499 and above postpaid plans.

The newly launched Disney+ Hotstar VIP offer is applicable for select Airtel customers and is provided on the Rs. 999 and above broadband plans as well as the Rs. 499 and above postpaid plans, according to the details available on the operator's terms and conditions page.

If you have an eligible plan, you can check for the offer through the Airtel Thanks app. You need to go go to the Discover #airtelThanks section from the app and then tap the Disney+ Hotstar tile to enable the yearly Disney+ Hotstar VIP subscription. 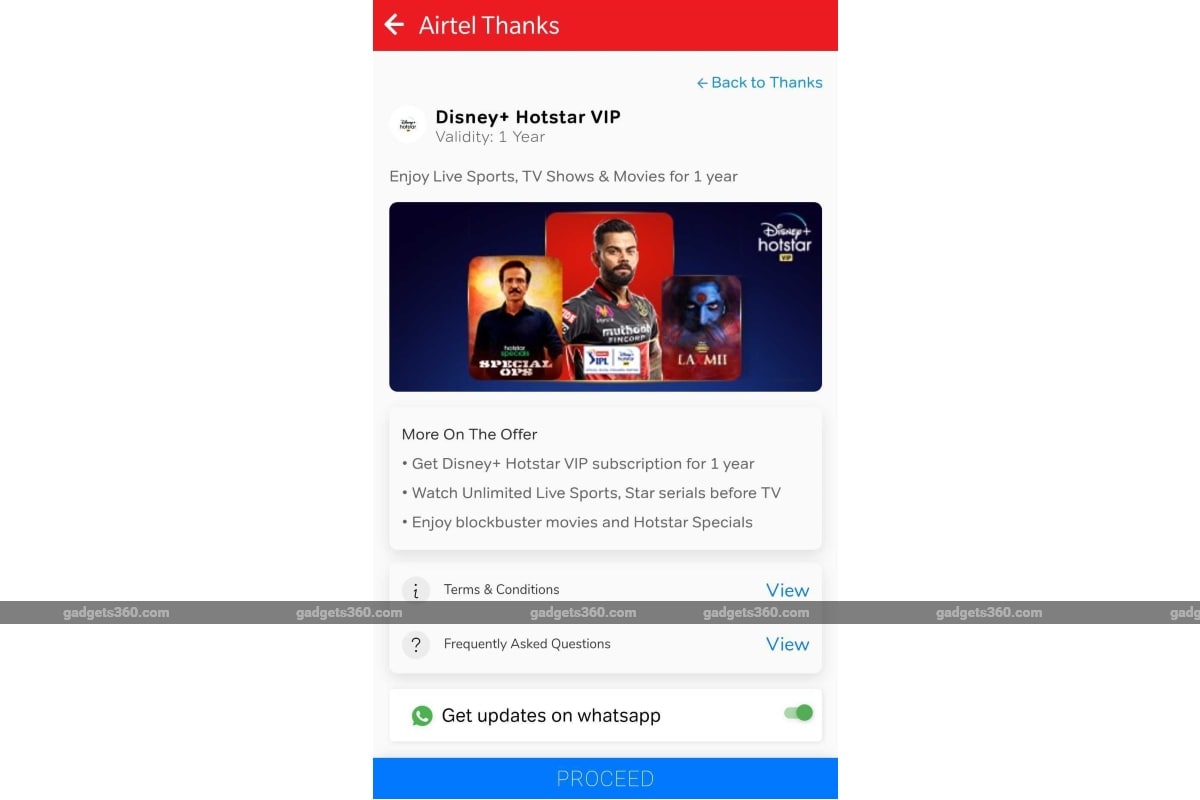 Once the offer is availed through the Airtel Thanks app, you can check your Disney+ Hotstar VIP subscription directly from the Disney+ Hotstar app or through its website.

Telecom-focussed blog OnlyTech initially spotted the references of the Disney+ Hotstar VIP offer on the Airtel site. Gadgets 360 was able to independently verify that the offer has started rolling out for select users.

Similar to Airtel, Jio in August launched the Rs. 499 and Rs. 777 prepaid plans with one year of Disney+ Hotstar VIP. The operator was also recently seen to be in the process of bringing the Disney+ Hotstar Premium subscription for its users.

Disney+ Hotstar Premium subscription comes at a monthly charge of Rs. 299 or at an annual rate of Rs. 1,499. It brings benefits including live sports, multiplex movies, latest American shows and movies, Disney+ Originals, exclusive Hotstar Specials, and Star serials before TV releases. In contrast, the Disney+ Hotstar VIP subscription at Rs. 399 per year doesn't include Disney+ Originals or American shows and movies but offers all the remaining content that is given to the premium members.