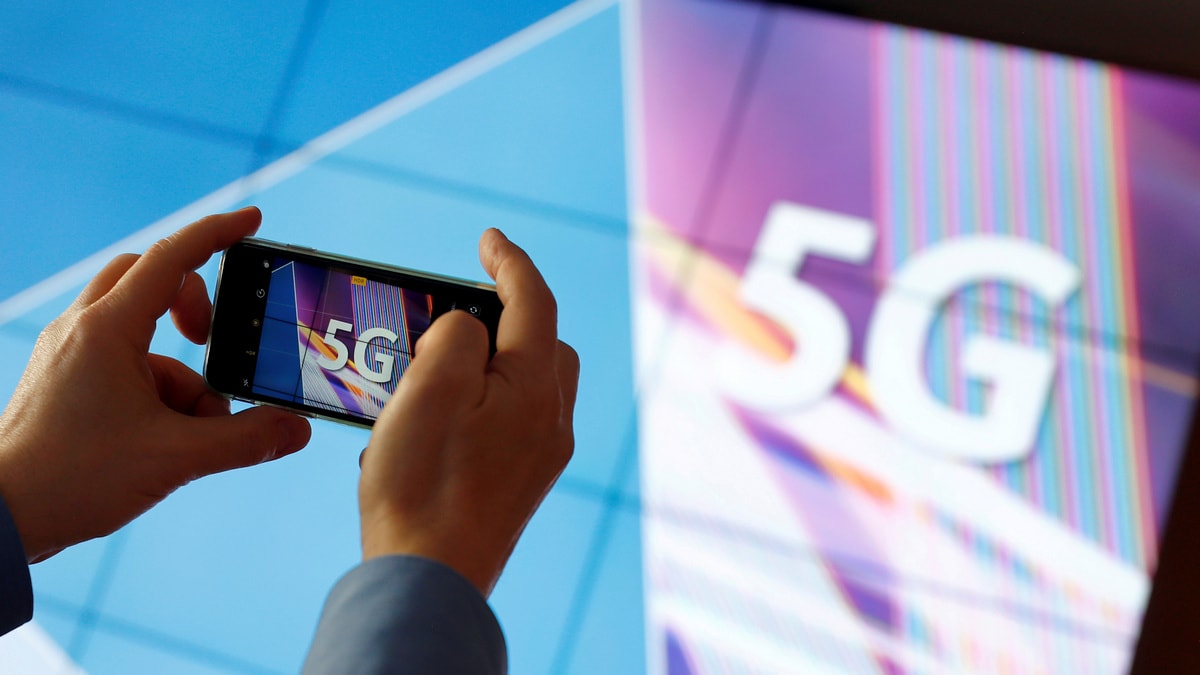 British mobile phone operator EE on Thursday became the first in the country to launch a high-speed 5G service, but without smartphones from controversial Chinese technology giant Huawei.

EE, which is a division of British telecoms giant BT, has launched 5G in six major cities comprising Belfast, Birmingham, Cardiff, Edinburgh, London and Manchester - and more hubs will follow.

"From today, the UK will be able to discover 5G for the first time thanks to EE," it announced in a statement, after an official launch featuring a performance from chart-topping grime act Stormzy on a boat on London's River Thames.

EE had announced last week that it would make its 5G network available to the public -- but would not sell Huawei's first 5G phone, the Mate 20 X 5G.

“We are very pleased to be one of the partners supporting EE with a new era of faster and more reliable mobile connectivity over 5G in the UK," a Huawei spokesperson told AFP on Thursday.

Rival British mobile phone giant Vodafone will launch its own 5G services on July 3 in seven UK cities -- but it has also paused the sale of the Huawei Mate 20 X 5G smartphone.

Vodafone does not use Huawei in its core UK network but uses a mixture of Ericsson and Huawei technology in its radio access network or masts, according to a company spokesman. He added that there are "multiple" layers of security between the masts and the core network.

Huawei faces pushback in some Western markets over fears that Beijing could spy on communications and gain access to critical infrastructure if allowed to develop foreign 5G networks.

The Chinese company flatly denies what it describes as "unsubstantiated claims" about being a security threat.

US internet titan Google has meanwhile started to cut ties between its Android operating system and Huawei, a move that affects hundreds of millions of smartphone users, after the US government announced what amounts to a ban on selling or transferring technology to the company.

Earlier this week, Huawei asked a US court to throw out US legislation that bars federal agencies from buying its products.

The US moves against Huawei come as the Washington and Beijing are embroiled in a wider trade war.