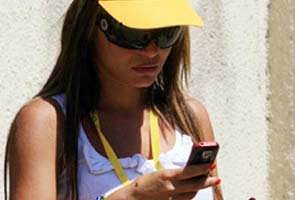 Highlights
Almost 28,000 telephones have been disconnected and over 44,000 notices issued to unregistered telemarketers till April 24 for sending pesky calls and messages, according to the government.

"Government is aware that several calls and SMSs are being sent from private numbers i.e. by subscribers not registered as a telemarketer. 44,810 notices have been issued to unregistered telemarketers and 27,984 telephones have been disconnected till April 24, 2012 since inception of the regulation i.e. Sep 27, 2011," Communications Minister Kapil Sibal said in a written reply to the Rajya Sabha.

In order to provide relief to millions of mobile subscribers nagged by telemarketing companies, the government last year brought into force a regulation -- The Telecom Commercial Communications Customer Preference Regulations, 2010 -- barring such communications.

According to the Telecom Regulatory Authority of India (TRAI), if pesky calls or messages are sent through individual numbers then notice will be served to the customers while the number will be disconnected on second violation.

The guidelines regulating commercial calls levy hefty penalties on offenders including fines ranging from Rs.25,000 to Rs.250,000 depending on the number of times the violation is detected. On sixth violation, the telemarketer's connection is to be terminated and get blacklisted for two years.

All telemarketing firms are now easily identifiable as their phone numbers will hence forth begin with '140'.