SpaceX Wants to Beam Internet Down to Earth. Here's How It'll Start 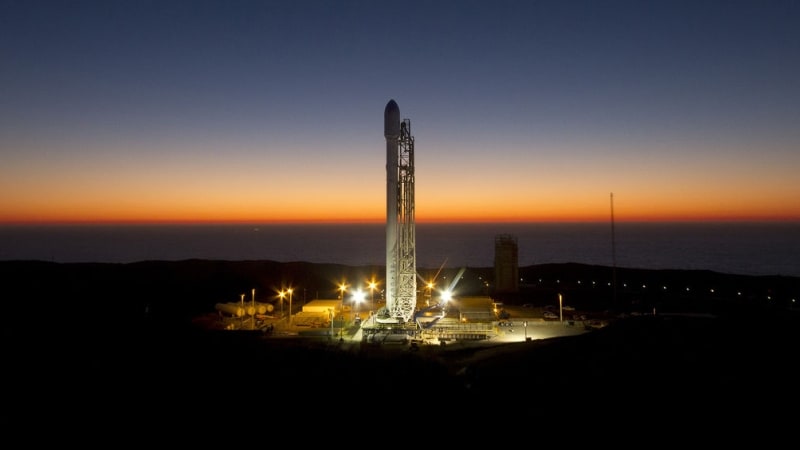 SpaceX is preparing to hit another orbital milestone with the launch of a pair of experimental satellites on Sunday that's designed to beam an ultra-fast, lag-free Internet connection down to Earth.

The test satellites, dubbed Microsat-2a and Microsat-2b, are a part of a years-long plan by chief executive Elon Musk to create a fleet of orbiting devices that blankets the globe in wireless broadband connectivity. SpaceX ultimately intends to put some 12,000 broadband satellites in low Earth orbit - and Sunday's payload will mark the company's first stab at realizing the dream. The initial satellites in the network are expected to come online next year.

Satellite broadband is already available today. But it's slow, expensive and not really accessible to the masses. The goal of SpaceX and almost a dozen other companies is to deliver fast, reliable Internet access to virtually everyone.

Contemporary satellite broadband is mostly used by companies and organizations that require Internet access in remote environments or extremely specific scenarios, not residential connectivity. First-responders to a natural disaster, for example, can spend hundreds of dollars a day for a 5 Mbps connection, which they use to coordinate relief efforts. The shipping and aviation industries have also been known to use conventional satellite data services.

But for consumers, companies such as SpaceX believe a different approach could help lower costs and increase reliability, making satellite broadband practical for everyday use. The idea involves placing satellites much lower in orbit, reducing the amount of time it takes for signals to travel from ground-based antennas up to space and back again - and broadening the potential user base to include the entire world.

To ensure consistent coverage, providers of next-gen satellite broadband will need to put up many more satellites, as well as develop accurate tracking technology that lets devices on the ground communicate with them without missing a beat. And they'll need to use radio frequencies that are known for their low-lag physical properties. SpaceX's network plans to use airwaves in the so-called Ka-, Ku- and V-bands - with roughly 4,400 K-band satellites and over 7,000 V-band satellites.

Some critics of satellite broadband have highlighted the risk of creating more debris in space that could prove harmful to other space operations. In October, a pair of U.S. senators sent a letter to the Federal Communications Commission asking the agency to coordinate with other federal agencies on space junk in light of the plans by SpaceX and others to add thousands of new satellites to Earth's orbit.

"Collisions with debris as small as 10 cm can catastrophically damage satellites, and debris as small as 1 cm can disable spacecraft," wrote Sens. Cory Booker, D-N.J., and Dan Sullivan, R-Alaska. "Each collision exponentially increases the likelihood of another collision, creating a potential cascade that could severely inhibit future telecommunications, national security, and other space-based activity in the [low Earth orbit] environment."

But despite those concerns, companies have sought for years to make satellite Internet a reality, due to the growing demand - and commercial opportunities - linked to broadband.

The FCC gave testing approval last year to OneWeb, a SpaceX competitor run by a former Google engineer that's also planning its own constellation of broadband satellites. And this week, FCC Chairman Ajit Pai said he was urging his four colleagues at the agency to support giving SpaceX a similar endorsement.

"Satellite technology can help reach Americans who live in rural or hard-to-serve places where fiber optic cables and cell towers do not reach," said Pai in a statement Wednesday. "And it can offer more competition where terrestrial Internet access is already available."

SpaceX didn't immediately respond to a request for comment.

Well-heeled tech companies whose business depends on capturing a large audience of Internet users, such as Google and Facebook, have periodically explored the idea of beaming broadband down to earth from satellites, balloons or even hovering drones. But aside from Project Loon, few of these proposals have taken off.

The need for robust, high-speed Internet access is especially pressing in developing countries, where traditional Internet infrastructure is lacking. More than half of the world's population still doesn't have an Internet connection, according to a 2017 United Nations report. Of those people, roughly 6 in 10 live in the Asia-Pacific region, while 2 in 10 live in Africa.

But poor broadband penetration is an issue in wealthy countries such as the United States, too. As many as 60 million urban Americans, and 16 million rural Americans, still aren't connected to the Internet, according to the research firm IHS Markit.