Net Neutrality Fight May Already Be Over, According to These US Tech Chiefs 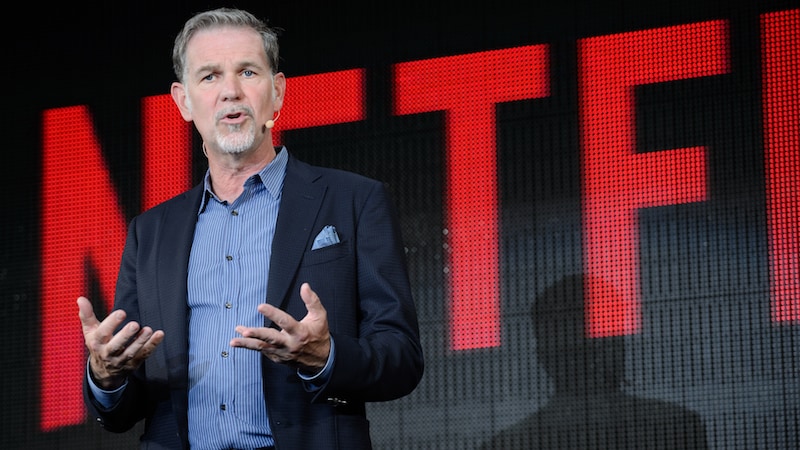 As the Federal Communications Commission prepares to deregulate the telecom and cable industry by rolling back the agency's net neutrality rules, some people on both sides of the issue already say the battle is pretty much moot.

"I think Trump's FCC is going to unwind the rules, no matter what anybody says," Netflix chief executive Reed Hastings said at Re/code's annual Code Conference. "That's going to happen, and then we get to see what's going to come out of that."

If you're just catching up on this issue, net neutrality is the principle that all Internet traffic should be treated the same by your Internet provider - whether it's email, online games or streaming music. To prevent ISPs from arbitrarily manipulating what you can see and do online, or from hurting startups and small businesses, the government instituted rules to enshrine that idea. Those rules are now likely to be repealed under the FCC's Republican leadership, which has argued that the regulation unnecessarily stifles Internet providers like Verizon and Comcast.

Netflix was among the most outspoken proponents of the FCC's rules in the run-up to their implementation. The company has been more muted this time around, Hastings said, because Netflix has grown so large that it would likely be unaffected if ISPs were to violate the net neutrality principle. The more vulnerable companies, he added, are smaller ones - "the Netflix of 10 years ago," as he put it.

Hastings' remarks about net neutrality's future reflect the political reality at the FCC: Republicans currently outnumber Democrats on the commission by 2-1, meaning the GOP has enough votes to push through a repeal over liberal objections. (Some analysts point to the outside chance that the FCC's lone Democrat, Mignon Clyburn, could step down early and deny the FCC a voting quorum, but others say the Republican majority can legally resort to obscure procedural tactics to overcome that move.)

Beyond the fact that Republicans hold the upper hand politically, some who oppose the net neutrality rules say the FCC's regulations don't even accomplish what they were supposed to do - and that therefore, they may as well be overturned without much fuss.

This view is shaped by the perspective of two federal judges, who clarified in a recent ruling that the current rules do not apply to certain types of Internet providers. Which providers can take advantage of that loophole? Those that, according to the opinion, openly say they are offering a filtered view of the Internet.

In a blog post Wednesday, Hank Hultquist, a vice president at AT&T, said he was bowled over by the ramifications of that opinion.

"Wow. ISPs are not only free to engage in content-based blocking, they can even create the long-dreaded fast and slow lanes so long as they make their intentions sufficiently clear to customers," Hultquist wrote. The upshot, he continued, is that the very regulations that supporters thought would protect the Internet actually don't do much to protect it at all.

Hultquist's implication is that if the FCC's strong net neutrality rules are really weak rules, then there's no reason supporters should want to keep them around - and that it makes rather pointless the whole fight over Title II of the Communications Act.

Other supporters of the rules say Hultquist has it all wrong: You can only take advantage of the loophole if you're offering Internet access to a slice of the population that isn't the general public. One example might be if you run an ISP that's marketed toward religious minorities. That's a description that clearly doesn't fit how AT&T does business today, said Gene Kimmelman, president of the consumer group Public Knowledge.

What's more, he added, the fact that AT&T is realizing that it can block and throttle Internet content under the current rules so long as it changes how it runs its business shows that opponents of the rules have no grounds to claim that the regulation is overly restrictive.

"What you're effectively saying is, [the rules are] quite flexible," said Kimmelman. "That's what we've been saying all along. You can offer a lot of differentiated services. It really makes the stronger argument that Title II should be no problem for anybody."