How to Buy a SIM Card in India

Since a mobile phone has become an essential gadget to own, a SIM card that connects you to the network is just as important. It’s not difficult at all to get one in India, as long as you have the right documents for it. Whether you’re an Indian citizen or a foreign national, this guide will explain how to buy a SIM card in India.

Jio vs Airtel vs Vodafone vs Idea vs BSNL vs Aircel: The Best Data, Calling Plans Available Today

For Indian citizens, the process to get a new SIM card is easy enough, if you have an Aadhaar card.

If you don’t have an Aadhaar card, the process to buy a new SIM card in India varies from operator to operator, and some may even refuse to give you a new connection. Here are the documents you’ll need if your operator allows you to get a new SIM without Aadhaar.

After you submit these documents, your application will take some time to be processed and the SIM card will be activated once that’s done. Note that if you’re a resident of Jammu & Kashmir or any of the states in Northeast India, then prepaid connections may not be available, or you might have to wait longer to get a SIM card - even if you have an Aadhaar card.

How to Check Aadhaar Authentication History

If you’re not an Indian citizen and are visiting India, the process to get a SIM card is different from that for Indian citizens. For starters, foreign citizens don’t have Aadhaar cards, so they need a different set of documents. Gadgets 360 visited two different stores of each of these three telecom operators — Airtel, Vodafone, and Reliance Jio — to find out what the process is for foreign nationals. Since there’s no Aadhaar for identity verification, foreign nationals have to fill a paper form to get a SIM card.

If you want a prepaid (pay-as-you-go) connection, visit the nearest Vodafone, Airtel, or Reliance Jio store in India with the following documents.

For postpaid connections, you need the following documents. This varies slightly from carrier to carrier, but take these documents (and if you can, an Indian national who can vouch for you) to the store, just to be on the safe side.

This means that you need to give contact details of any Indian national you know (ideally a friend or a relative) and a proof of your Indian address such as electricity bills or a rent agreement. For postpaid connections, the telecom operator might also insist on a verification at your local address, so a representative might visit your residence in India within a week of issuing the SIM card. In some cases such as Overseas Citizen of India (OCI) cardholders, you need to produce that card and submit a photocopy while procuring a new SIM card.

While these processes are standard across telecom operators, we found some minor differences in the fine print. Vodafone store representatives told Gadgets 360 that new connections typically take around two hours for activation. Both Airtel and Reliance Jio said it takes up to 24 hours to activate your SIM card. 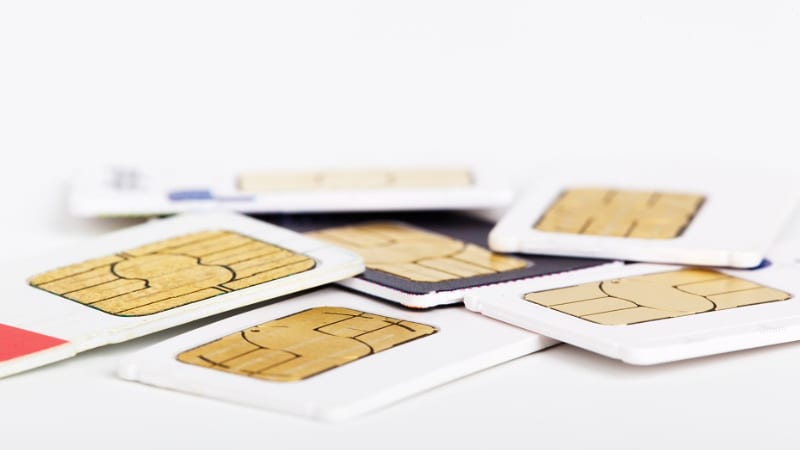 Normally, pre-activated SIM cards aren’t available in India but the government recently announced that the state-owned telecom operator BSNL will be offering these for free, with talk time worth Rs. 50, at various airports in India. This is available only to those who get e-visas for India. Unfortunately, we haven’t been able to independently verify whether this is available, or if the SIM card works as advertised.

There’s one more alternative to get a pre-activated SIM in India, and that’s by using a service such as Trabug, which allows you to rent a smartphone that has a pre-activated SIM card for up to 80 days at a time. They ship the phone to your Indian address too, so you can stay in touch with your friends and family. The downside is that the pricing is very expensive and you can’t use your own smartphone with the SIM Trabug offers. You have to use the phone rented from Trabug. For unlimited calls and 3GB data per day, Trabug charges $60 (roughly Rs. 3,900) plus $1 (roughly Rs. 65) per day for the duration of your stay. If you get a local SIM card and use it with your smartphone, you could get 1GB of data per day with unlimited free calls anywhere in India by paying around Rs. 500 ($8) for three months. You can do the maths yourself and figure out how much you’re saving by getting a local SIM card, even if it means that you have to spend a little bit of time going to the store and submitting some documents.

Another thing that confuses many foreign citizens visiting India is roaming charges. Services in India are split across various telecom circles, and moving from one circle (usually a state, though not always) to another, involves roaming. At the moment, almost all carriers allow you to receive phone calls across India without paying anything extra. For outgoing calls, there is normally no extra charge as long as you’re in the same telecom circle as where you bought the SIM card. If you go outside the circle, you may have to pay per minute for outgoing calls, but there are certain plans that let you avoid that charge altogether. Just ask the carrier for free outgoing calls while roaming and you’ll be offered a pretty affordable plan for that. Finally, data roaming doesn’t cost anything extra in India. You can continue to use mobile data across India on any telecom operator without incurring extra charges.

Prepaid SIM cards in India ship with lifetime validity, so as long as you keep getting a recharge and using the SIM, it shouldn't be deactivated. If the SIM is inactive, the store reps we spoke with said that it's discontinued in 90 days. For foreign nationals, the telecom operators we spoke with said validity lasts till their visa expires.

Do you have any more queries about buying SIM cards in India? Let us know via the comments. For more tutorials, visit our How To section.

How to Buy a SIM Card in India
Comment