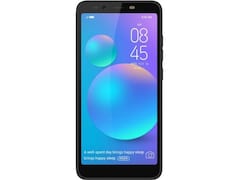 Tecno Camon iACE smartphone was launched in August 2018. The phone comes with a 5.50-inch touchscreen display with a resolution of 720x1440 pixels and an aspect ratio of 18:9.

Tecno Camon iACE is powered by a 1.5GHz quad-core MediaTek MT6739WW processor. It comes with 2GB of RAM.

The Tecno Camon iACE runs Android 8.1 and is powered by a 3050mAh battery.

It was launched in Champagne Gold, Midnight Black, and Midnight Blue colours.