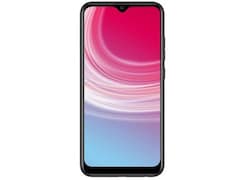 Smartphones in the sub-Rs. 10,000 segment have gotten much better in the past few years, and buyers now have a lot of options to choose from. We have seen powerful processors including the Qualcomm Snapdragon 660 and the MediaTek Helio P60 powering smartphones at this price point. Phones with display notches are also very common in this price range now. Tecno's Camon i4 is among a few smartphones at this price point to offer three rear cameras. Does the triple-camera setup help it stand out from some strong competitors, or does it fall short of offering a good experience? We put it to the test to find out.

Tecno Camon i4 is powered by a 2GHz quad-core MediaTek Helio A22 (MT6761) processor. It comes with 2GB of RAM.

The Tecno Camon i4 runs HIOS 4.6 based on Android 9.0 Pie and packs 32GB of inbuilt storage that can be expanded via microSD card (up to 256GB) with a dedicated slot. The Tecno Camon i4 is a dual-SIM (GSM and GSM) smartphone.

Connectivity options on the Tecno Camon i4 include Wi-Fi 802.11 b/g/n, GPS, Bluetooth v5.00, USB OTG, Micro-USB, FM radio, 3G, and 4G (with support for Band 40 used by some LTE networks in India) with active 4G on both SIM cards. Sensors on the phone include accelerometer, ambient light sensor, compass/ magnetometer, gyroscope, proximity sensor, and fingerprint sensor.

Tecno Camon i4 Price in India

Tecno Camon i4 price in India starts from ₹ 8,489. The lowest price of Tecno Camon i4 is ₹ 8,489 at Amazon, and is available in Aqua Blue, Champagne Gold, Midnight Black, and Nebula Black colours.

Tecno Camon i4
VS