Hardware/ Design
The Zync Quad 10.1 looks identical to the previously launched Quad 9.7. Most of the front is taken by the display and there is a broad black bezel on all sides. There are no physical buttons on the front of tablet and that takes some time getting used to.

The sides are White in colour while the back panel is shiny Silver. Overall, the colour scheme of the Zync Quad 10.1 makes the tablet look cheap.

The front camera is placed at the middle towards the top (when the tablet is held in the landscape mode). On the top right are the charging slot and 3.5mm jack. While on the right panel are the power/ standby button, the volume increase and decrease button. The buttons are well placed and easy to use.

The microSD card slot, HDMI port and Micro-USB port are under a flap cover, which is placed right under the volume rocker. This flap is held by a flimsy piece of plastic and is a little cumbersome to open or close.

Despite being made of plastic, Zync Quad 10.1 looks durable and there are no creaks if you exert pressure. 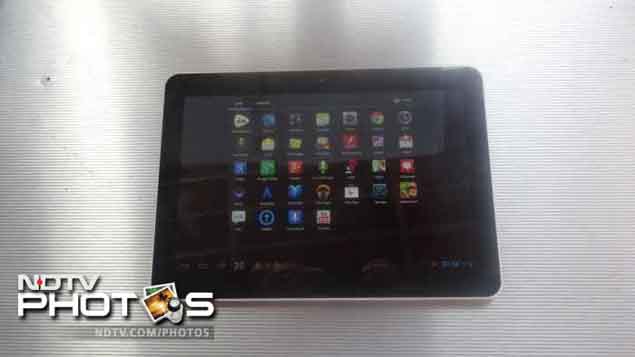 The text appears very crisp on this tablet and it is a delight to watch video and pictures on the Zync Quad 10.1. The colour reproduction and the viewing angles of the tablet are good. However, the screen is very reflective and one struggles to read text when the tablet is placed under direct sunlight.

The touch response on the screen isn't great. In an era when you expect the tablets to work fluidly, we had to struggle to get this tablet to respond to touch.

The screen is a finger print magnet and as the touch response is not too great on the tablet, adding a protective screen guard hampers the functioning even more.

Software/ Interface
The Zync Quad 10.1 tablet runs Android 4.1.1 (Jelly Bean) and does not come with any custom skin. However, the UI has been customised a bit to include soft keys for controlling volume levels and for taking a screenshot. Unlike the Nexus 7, which is Google's flagship Android tablet, the tablet's onscreen controls are on the bottom left instead of the centre, and the notification panel and quick access settings (for Wi-Fi, screen rotation, brightness, sound and shortcut to settings) are located at the bottom right. 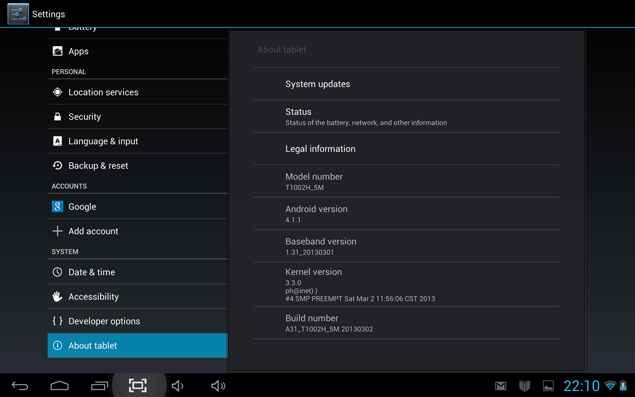 The interface is close to the stock build of the OS bundled with a few third party apps such as 4K Video Player, a file manager app, FireReader- a document viewer, and Hi-Q MP3 voice recorder. The company has also included a utility for updating the operating system of the tablet. We like the fact that there's not much bloatware.

Although Jelly Bean generally delivers a smoother experience compared to Ice Cream Sandwich, we felt that this tablet was, unfortunately, an exception to the case. We noticed some lag while navigating through the menus, opening apps and browsing the Web.

The major feature that Jelly Bean brings is 'Google Now', a voice based information assistant and an extension of Google search. You can ask questions and the tool returns answers or search results. It uses 'cards' which are essentially small boxes that offer different sets of information ranging from weather forecast, directions, traffic information, scores, appointments, and currency conversion, among others. Google Now collects information based on the user's behaviour, location and even email to offer information, automatically.

It's not clear if Zync plans to roll out an update to Jelly Bean 4.2 for this tablet.

Camera
The Zync Quad 10.1 tablet comes with 5-megapixel rear facing camera, which does a decent job of capturing images in broad daylight. However the image quality drops when clicking images indoors. Overall, one can use this camera to take an occasional picture or two.

Apart from this, there is also 2-megapixel front-facing camera for clicking self-images and video calls. The front camera manages to do a decent job on both the counts.

Performance/ Battery Life
This tablet comes with 1.5GHz quad-core processor, an eight core GPU and 2GB of RAM. However, you don't really feel this power underneath as the performance on the Zync Quad 10.1 was sub-par. As mentioned earlier, we noticed some lag while navigating through menus as well as loading a simple game such as Subway Surfer took forever.

We also encountered some app crashes while working on this tablet. Also, the tablet failed to render the menu at certain times. 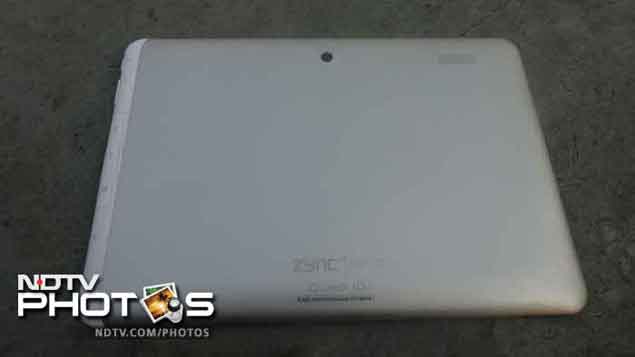 Another major problem with the tablet is that it gets heated up after a few minutes of video playback, and it becomes difficult to hold. Though this tablet did not heat up as much as Quad 9.7 did, but we still feel that the heat dissipation could have been handled better.

The tablet comes with the native Android browser and Chrome, and both of them render webpages well. Adobe Flash is pre-installed allowing the browser to display Flash videos, banners and other elements. The speakers on the tablet deliver good quality sound at even high volume levels but the same cannot be said about the earplugs.

There's no voice calling and it does not support Bluetooth connectivity.

The tablet comes with an 8,000mAh battery and during the course of the review we were able to get around 4 hours of video playback from this tablet, with the display on full brightness levels. With an average workload that requires leaving the tablet on standby time with push notifications and e-mails on, one is able to squeeze out 7-8 hours of usage on a single charge. 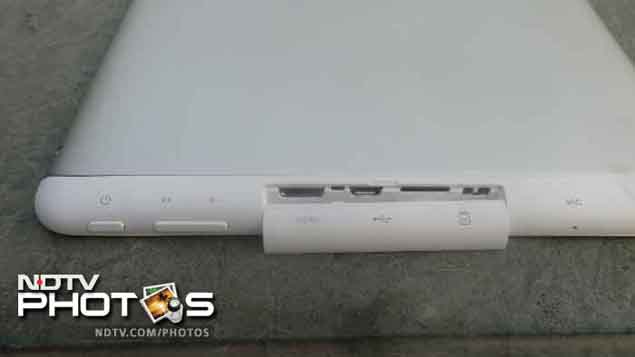 Verdict
With the Zync Quad 10.1, the Indian tablet maker is trying to woo the budget conscious customer. Though we liked the display of this tablet, it did not impress us in any other department. The lags and crashes that we encountered while playing around with this tablet, force us to look for better alternatives.

Priced at Rs. 12,990, Spice Stellar Pad is a decent 10-inch tablet is a decent option that you can look at. However, it does not have full-HD display.