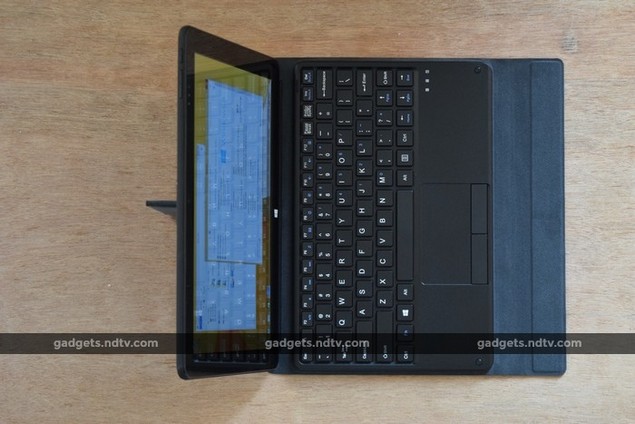 Plenty of products with ambitious names and hyperbolic descriptions have come through our lab doors, but even so, our eyebrows went up a notch when we first heard of the Swipe Ultimate 3G. With tech changing and improving so often, it's a little silly to claim that any product is the best that there is ever going to be. It's even more of a stretch when you consider that this is a fairly low-cost device which is in no way going to be the fastest or best at anything - "ultimate", as a description, is rarely applied to things constrained by price.

With that out of the way, the Swipe Ultimate 3G is actually very similar to two products we've reviewed before, the Croma 1177 (Review | Pictures) and Notion Ink Cain (Review | Pictures). All three of these are Windows tablets which come with wraparound keyboard cases in order to function somewhat like laptops when required. 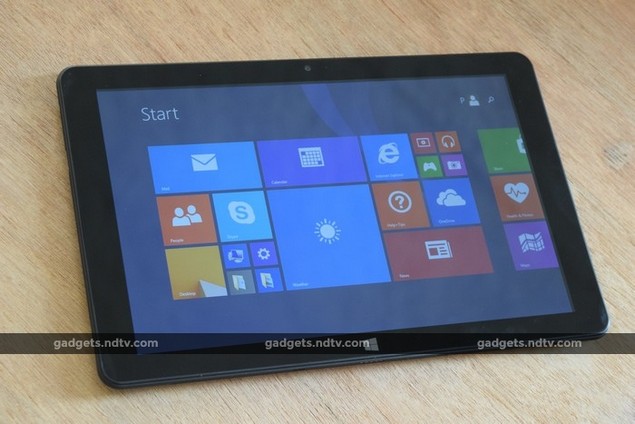 Look and feel
The Swipe Ultimate 3G looks fairly ordinary as far as Windows tablets go. It's made of plastic and is pretty much all black in front, apart from the Windows Start button centred below the screen. If it wasn't for that, and the faintly visible camera cutout above the screen, it wouldn't matter which way you held this tablet. The borders are thick enough for thumbs to rest without activating anything on the touchscreen, and the rear has a rubberised texture with a pattern of concentric circles cut into it to give it a better grip.

The front surface has a glossy, highly reflective finish. Our review unit came with a plastic screen protector already stuck on, but it had distracting air bubbles and we chose to peel it off. A variety of ports are arranged down the tablet's sides: a full-sized USB 3.0 port and headset socket on the left, and Micro-USB, Mini-HDMI and DC power input on the right. The microSD and Micro-SIM card slots can be found under a protective plastic flap also on the right. Each side also has a narrow side-firing speaker. The power and volume buttons are on the top edge, towards the right. 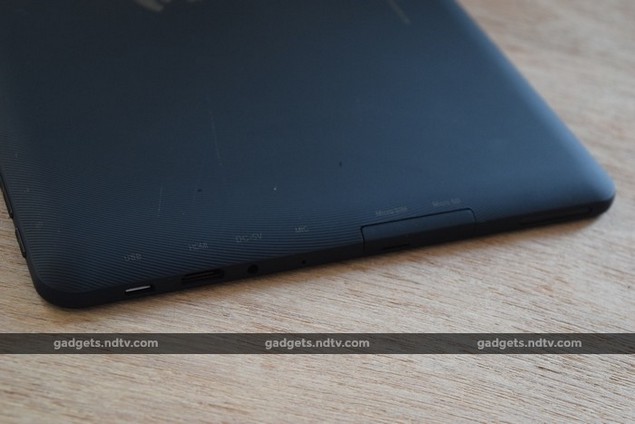 The keyboard case works exactly like all the others of its type that we've seen. The rear can fold in sections and has magnets that allow it to support the weight of the tablet when used as a stand. We found it stable enough, even with a little pressure applied, but there's no way to adjust the tilt angle. As opposed to laptops or 2-in-1s which clip together, there is no way to comfortably balance this device on a lap and work.

While they keyboard layout is fairly standard, the keys themselves are small, cramped and mushy. Some things, such as the right Shift key being placed beyond the arrow cluster, remind us of extremely uncomfortable netbook keyboards from five or six years ago. Typing isn't very comfortable, and making things just a little worse, the entire keyboard base tends to flex when used. On the other hand, the trackpad is quite spacious and easy to slide a finger around on. 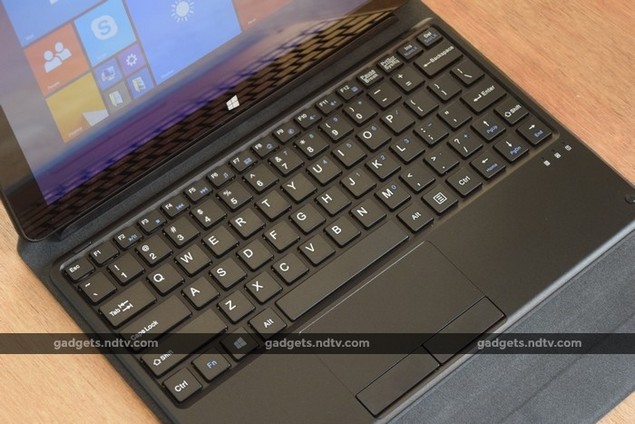 Note that the keyboard case is not outfitted with any additional functionality, such as a secondary battery. It is clearly an accessory rather than part of the product itself - so much so that the tablet doesn't detect it and disable the on-screen keyboard, or automatically go into standby when folded down.

Overall, the package is quite portable. Swipe reports its weight as 592g, which most likely doesn't include the keyboard case. We are happy with the balance between size, weight and functionality. The Swipe Ultimate 3G might not be as slick as an iPad or Android tablet, but it does offer the full-blown Windows 8.1 desktop environment, a USB 3.0 port, and versatile usage options. 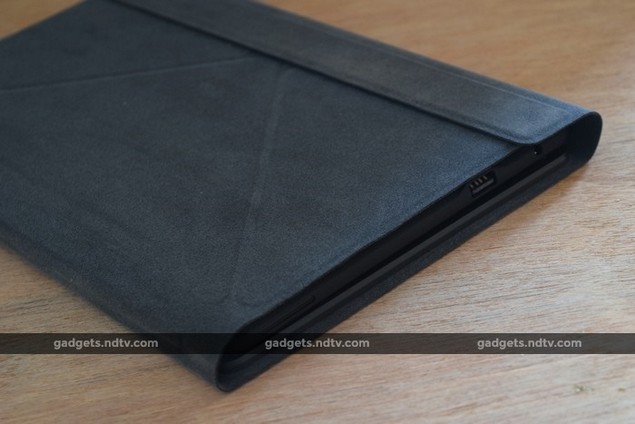 Specifications and software
It should come as no surprise that the Swipe Ultimate shares a lot of its specifications with the Croma 1177 and Notion Ink Cain, amongst other similar products. The processor is an Intel Atom Z3735D, which has four cores and runs at speeds between 1.33GHz and 1.83GHz. Intel HD graphics is integrated, which is enough for light productivity work.

You get 2GB of RAM and 32GB of embedded flash storage, though you can of course pop in a microSD card and use any USB storage device including external hard drives. Micro-USB storage products are now widely available, and a USB-OTG adapter is included in the box so you have a second full-size port when needed. 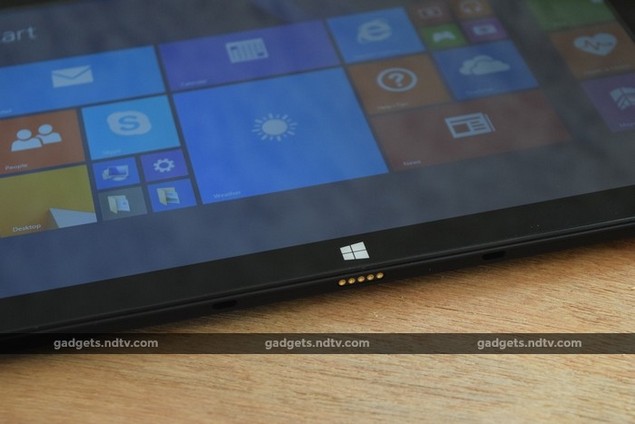 The 10.1-inch screen has a resolution of 1280x800 which, in landscape, is a little less wide but taller than the 1366x768 that most laptops offer. It's pretty crisp and you'll only notice graininess if you look very closely. Brightness is adequate, though reflections will be a problem, especially since you can't angle the screen when using the Ultimate 3G with its keyboard case.

There's Wi-Fi b/g/n, Bluetooth 4.0 and 3G data support. For better or worse, you can't make voice calls with this tablet. The rear camera has a resolution of 5 megapixels while the one in front has a 2-megapixel sensor.

Windows 8.1 is preinstalled, and you will of course be eligible to update to Windows 10 when it is released later this year. Unfortunately you are limited to a 32-bit edition of Windows, which means some recent programs will not run. You also get one year of Office 365. Swipe has not bundled any other software, not even a security suite, which is quite a relief. 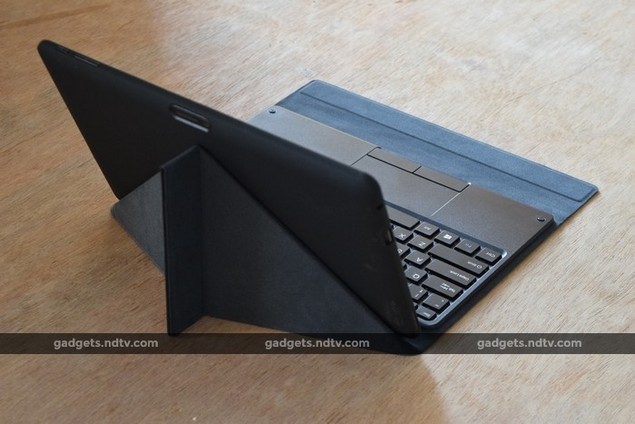 Performance
As with other Atom-based devices, the Swipe Ultimate 3G is perfectly suitable for light productivity, Web surfing, minimal multitasking and a bit of entertainment on the side. We found it to be responsive in day-to-day use, and it boots up quickly thanks to its solid-state storage. Even so, we wouldn't throw anything too heavy at it, such as video encoding or detailed image editing.

The practical limitations here are less to do with raw CPU performance and more to do with the limited amount of space to install software and the less-than-ideal input methods available. The Windows 8.1 desktop is still difficult to use with a touchscreen alone, and you definitely don't want to type long documents or do any precise editing work with this keyboard and trackpad. 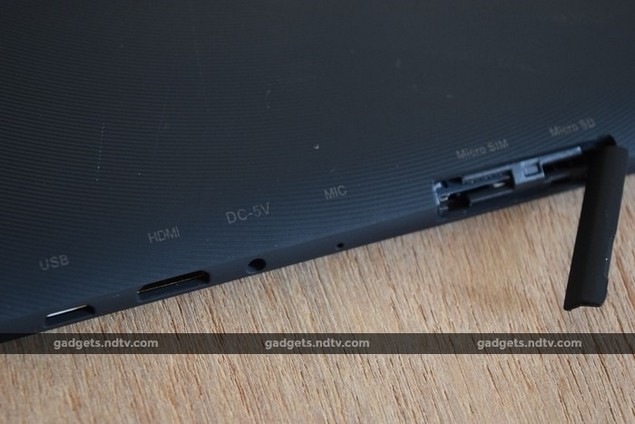 We ran a variety of benchmarks on the Swipe Ultimate 3G to test its various capabilities and unsurprisingly, performance was on par with the similarly configured Notion Ink Cain and Croma 1177. We recorded 1,510 and 2,481 points in PCMark 8's Home (Accelerated) and Work scenarios. SunSpider ran in 542.5ms and the POVRay render benchmark took 33 minutes, 54 seconds.

3DMark did not install, which prevented us from assessing the graphics capabilities of this tablet. However, HD videos seemed to work just fine. The tablet's speakers turned out to be good enough for casually watching videos. Sound wasn't especially loud or clear, and voices came through a lot better than music. 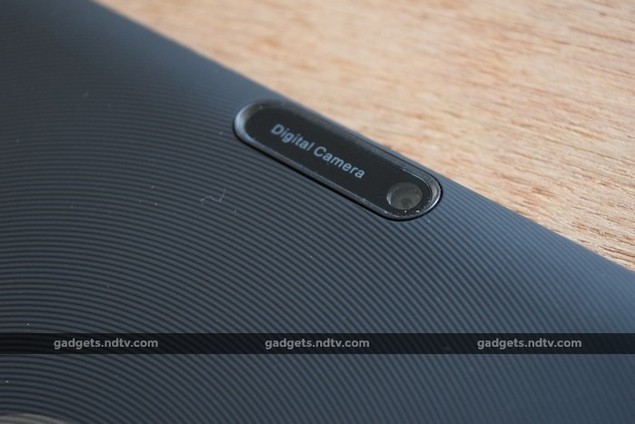 SiSoft SANDRA gave us decent scores for the memory and storage subsystems. This tablet definitely benefits from its solid-state storage, and we observed sequential read and write scores of 162.3Mbps and 86.82Mbps respectively.

The battery lasted 4 hours, 48 minutes under Battery Eater Pro's standard test, which is quite a bit more than either of the two models we've been comparing it to managed under the same standardised conditions. We found the battery level indicator to be unreliable, and noticed that it took a really long time for this tablet to charge. An LED next to the front camera shines bright red when charging, and being at eye level, is actually really disturbing. 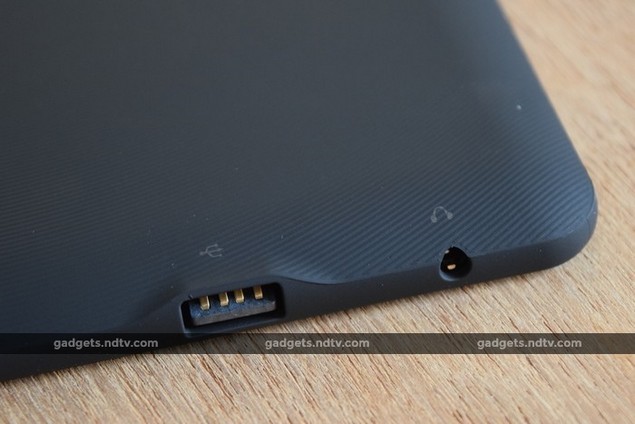 The Swipe Ultimate 3G has no fans or moving parts and runs completely silently. One significant downside to this is that the body, especially the left of the rear, became way too hot when used for long periods of time. It was too uncomfortable to hold this tablet in our hands.

Verdict
What you get at this price is actually a fairly impressive tablet, especially considering that a 3G modem is integrated. USB 3.0 is a fantastic addition and we're happy with the amount and variety of connectivity options available. If you like having a touchscreen more than the keyboard, this is a very interesting device to consider. If, on the other hand, you plan on doing a lot of typing and need something you can use for work on the go, you really won't want to be fiddling around with this tablet and its folding case - budget laptops are available that would suit you much better. 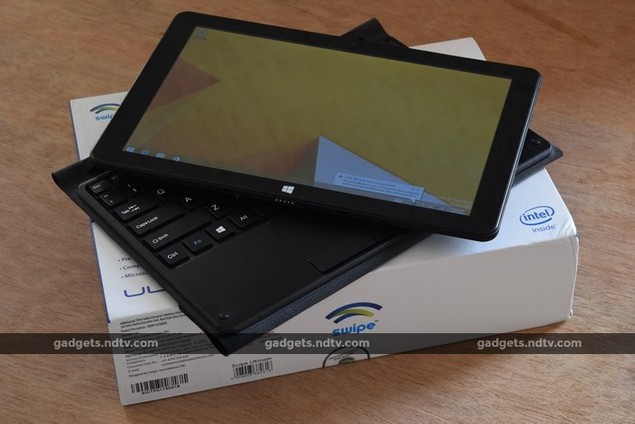 For pure entertainment purposes, Android tablets are also worth considering for the wealth of apps and games available. Windows 8's Modern environment is usable on tablets, but isn't everyone's cup of tea. Comparable iPad models with 3G would be considerably more expensive and though there are better apps, iOS is limited in terms of its closed file system.

So although we've seen this formula before, Swipe has managed to step up a bit and throw in features that make the Ultimate 3G more compelling than others of its kind. We're still not sold on the name Ultimate - we hope the company doesn't think it has reached the pinnacle of product development, and continues to bring out new products.