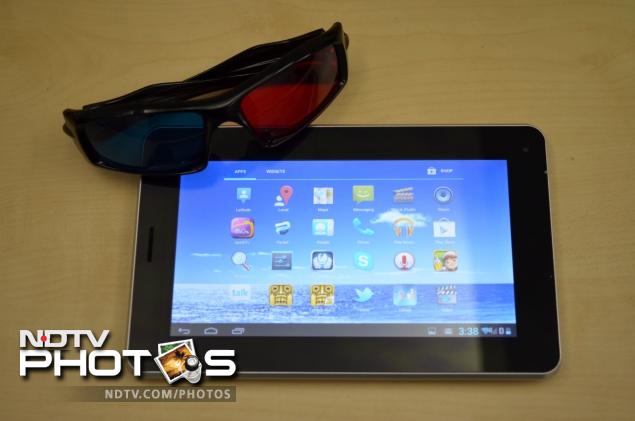 The Indian tablet market seems to be growing at a rapid pace. As per a recent report by Cyber Media Research, there were about 3.11 million tablets sold in India in the year 2012 and the research company is quite bullish about expectations for this year.

The category that is seeing the maximum number of launches in the recent past is the Android Jelly Bean tablets under Rs. 10,000. Pantel Technologies, which manufactures tablets under the Penta T-Pad branding, have also launched their T-Pad WS707C in the Indian market for Rs. 7,999. So will this tablet stand out from the clutter? We find out in this review.

Build and Design
The Penta T-Pad WS707C sports a 7-inch (1024x600 pixels) capacitive touch screen display. The screen with a broad black bezel takes up most of the front. There is only an earpiece on the right bezel (while holding the tablet in landscape mode), while the front camera is on the top left corner. On the top panel are the volume rocker keys and the power/ standby button.

The left panel has the power port, microphone, HDMI port, 3.5mm audio jack, SIM slot, microSD card slot and a reset slot. The back panel is silver in colour with a diamond shaped pattern. This is unlike the recently launched Penta T-Pad WS708C, which has a plain silver back panel. The addition of the pattern tones down the silver colour a bit and makes it look less jazzy. Nevertheless, the dual colour tone and especially the silver colour make the tablet look tacky. 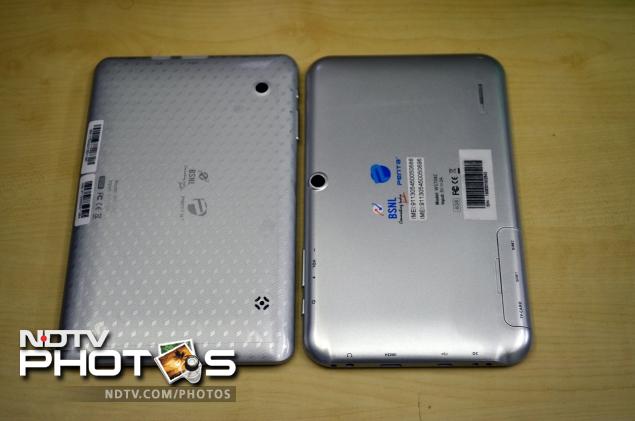 The back panel houses a 2-megapixel camera on the top right and speaker grill on top left while the BSNL and Penta branding sits right in the middle of the tablet.

Much like the other tablets in this category, such as those from Lava, Videocon or Acer, this tablet too is made primarily of plastic and feels cheap. On the up side, the build quality looks durable.

At 340 grams, the Penta T-Pad WS707C feels a bit heavy especially when held for longer durations. The tablet measures 10.5mm in thickness.

Display
The tablet sports a 7-inch screen, which comes with a resolution of 1024x600 pixels. The display quality of the text, images and videos is just about average.

The under sun visibility is bad. The screen is very reflective and is also a finger print magnet. The viewing angles are also poor.

According to the company, the Penta T-pad WS707C's display also supports 3D. There are two 3D videos and 24 3D images pre-loaded on the tablet. The experience of watching these videos and images with the 3D glasses that come bundled with Penta T-Pad is average.

The touch response of the tablet is not very good.

Software/ Interface
Once you switch on the Penta T-Pad WS707C, you are greeted with a jarring musical sound. It runs on Android 4.1.1 (Jelly Bean), which is pretty much the stock version of the operating system with no skin from the company's side.

Like most Android tablets, the bottom strip houses the back, home and recent app button on the left and displays time, signal strength and battery indicator on the right. While on the top right, there is an icon with the alphabet 'P'(perhaps for connoting Penta T-Pad), which acts as a menu button. 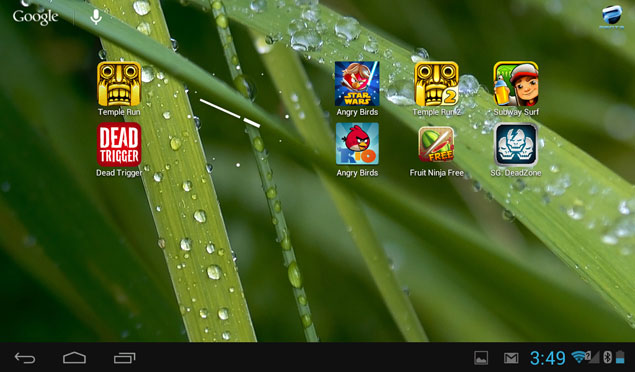 There are quite a few pre-installed apps on the tablet including, Facebook, Skype (for video calling), NexGtv, Documents To Go, Free Note, FX, FX TextEdit, Movie Studio, Play Music, UAhoy, WeChat and WhatsApp.

During our use, we didn't notice much lag while navigating through menus.

Camera
The device features a 2-megapixel rear camera. The tablet comes with a custom camera app and the images clicked indoors with this camera are quite grainy. However, the quality improves slightly when the images are clicked in broad daylight.

Clicking images and video chatting through the VGA front camera is a standard affair.

Performance/ Battery Life
The Penta T-Pad WS707C is powered by a 1GHz Cortex A9 processor with 1 GB DDR3 RAM and a Mali 400 GPU. The tablet is able to do a decent bit of multi-tasking.

With the help of the pre-installed apps you can play all popular video and audio formats like MP3, MP4, AVI, MKV and 3GP. Furthermore, the tablet can also play 1080p full HD video files with ease.

The experience of playing games such as Angry Birds, Fruit Ninja, Temple Run and Subway Surfers was decent. Though there are a bit of lags while trying to play games such as Dead Trigger and Shadow Gun.

The sound quality through the earplugs or the speaker is average and nothing really to rave about. The tablet does a reasonably well job of making voice calls. 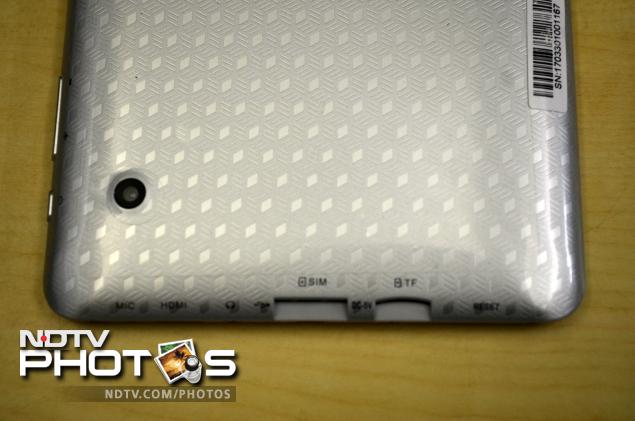 However, this tablet is not 3G compliant and one can only make calls and browse data on the EDGE network. Unlike most budget Jelly Bean Android tablets that we have tested recently, Penta T-Pad WS707C does support Bluetooth connectivity.

The tablet comes with a custom Android browser and Chrome. They offer a pleasant browsing experience.

Penta T-Pad WS707C comes with a 3,000mAh battery and you can squeeze out only 3 to 3.5 hours of video playback time through it. We wish the battery of the tablet lasted slightly more.

Verdict
Given the price bracket, Penta T-Pad WS707C is an interesting option to consider. The device comes with voice calling capabilities and runs on Android 4.1 (Jelly Bean). On the performance front though the device performs decent enough, but the battery is a bit of a disappointment. However, the biggest turn off for this tablet is the display and design.

If you don't mind giving voice calling a skip, then you might like to consider Lava Etab Xtron (Read review), which comes with a more appealing design and a better display at a slightly lesser cost. Another option you can look at is the Acer Iconia B1-A71 (Read review), which also isn't a great in terms of its looks, but scores well on the performance front.