Share on Facebook Tweet Snapchat Share Reddit Email Comment
Lava launched its first Android 4.1 Jelly Bean-powered tablet, the Etab Xtron, earlier this year. The company has now added a rear camera, an HDMI port and updated the OS to Android 4.2, and launched the Etab Xtron+, the successor to the first Etab Xtron tablet. We try to find out if the budget tablet delivers value for your hard earned money.

Build
The Lava Etab Xtron+ comes with the same design and build as that of the Etab Xtron, exuding a feeling of durability. The 7-inch tablet looks compact, yet sturdy. The front of the tablet features a 7-inch screen, which is surrounded by a large bezel. You'll also spot a VGA resolution front-shooter right in the middle.

The back of the tablet is made of polycarbonate but has been given a brushed aluminium finish. The frame extends to the front, and adds to the design of the tablet. A microSD card slot and a 3.5mm headphone jack sits at the top edge at the right side while the speaker grill is located towards the left. There are no ports on the bottom edge. 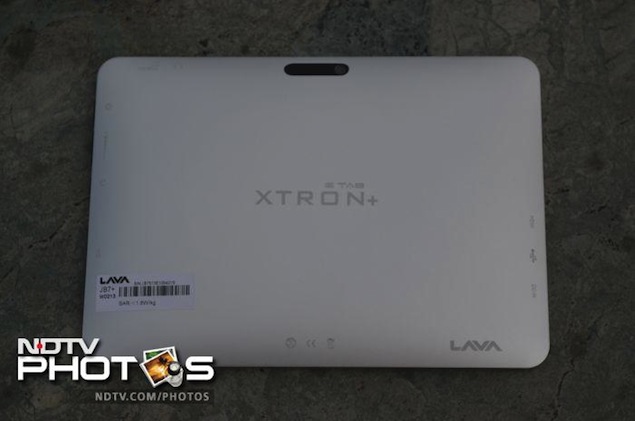 The power button, a volume rocker, and a refresh/ 'return to home screen' button and a microphone are located at the right hand side of the tablet.

The Micro-USB, micro-HDMI and a 2.5mm proprietary charging port are located at left hand side. 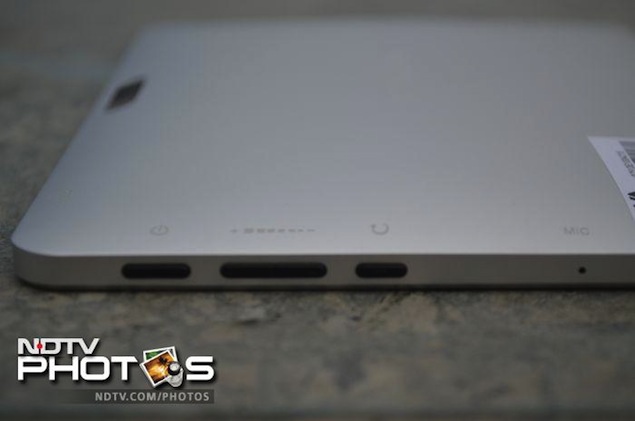 Turning the tablet over, there's some Lava branding at the bottom right corner and ETab Xtron+ branding in the middle.  The 2-megapixel camera lens is placed towards the upper part.

Display
The Etab Xtron+'s 7-inch IPS TFT display comes with a resolution of 1024x600 pixels, which is not that great but given the price of the tablet, we can live with it. Images and videos look good but text, specially with smaller font size, is not very legible.

The screen brightness is below average, and the screen is extremely reflective, resulting in poor visibility under sunlight. It's very difficult to read a book or click a picture in sunlight. Viewing angles aren't great either. 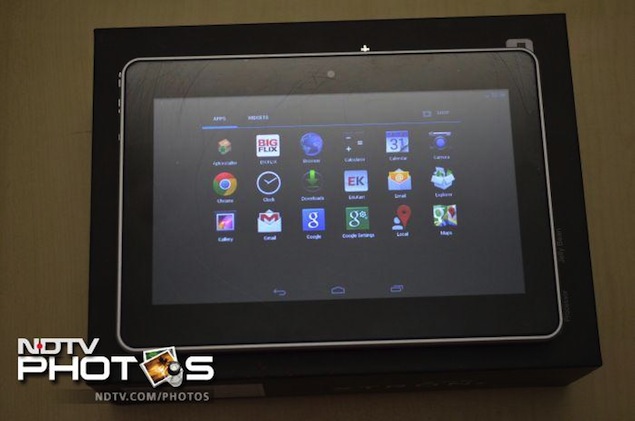 The touch sensitivity is good, and we didn't encounter any issues while using the device. Overall, we were not satisfied with the quality of the tablet's display and it feels like a downgrade from the Lava Etab Xtron.

Software/ Interface
The Lava Etab Xtron+ runs Android 4.2 Jelly Bean, the latest iteration of the operating system at the time of writing this review. It's a near stock build of the OS bundled with a few third-party apps including music streaming app Saavn, a file browser, an app for Video-on-demand service, BigFlix, education app EduKart, a video player and a local deals and search app, UAhoy. We like the fact that there's no bloatware. 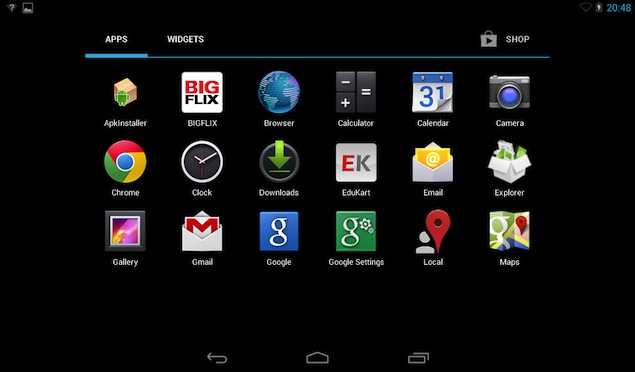 Similar to the Nexus 7, the tablet's onscreen controls are located at the centre. However, instead of one there are two slide-down trays at the top, one at the left, with the date, time and notifications, and another one at the right with toggles for Brightness, Settings, Wi-Fi, Screen rotation, Battery, Airplane mode, and Wireless Display (an Android 4.2 feature).

The tablet offers five customisable home screens that can be filled with app shortcuts and widgets.

During our use, we didn't notice much lag while navigating through menus, and Google's much touted 'Project Butter' makes the overall experience more responsive than tablets running Ice Cream Sandwich. 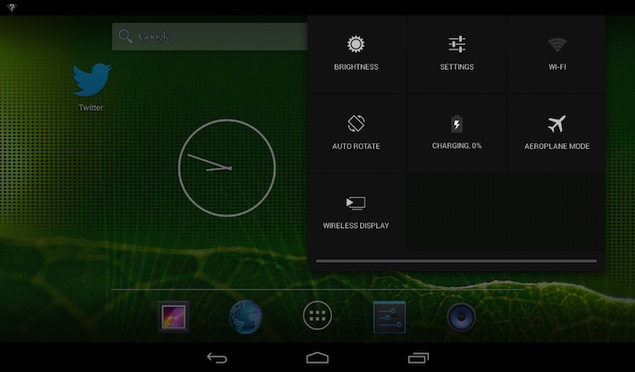 The other major feature that Jelly Bean brings is 'Google Now', a voice-based information assistant and an extension of Google search. You can ask questions and the tool returns answers or search results. It uses 'cards' which are essentially small boxes that offer different sets of information ranging from weather forecast, directions, traffic information, scores, appointments, and currency conversion, among others. Google Now collects information based on the user's behaviour, location and even email to offer information, automatically.

The tablet also includes another Android 4.2 feature, lock screen widgets. You can choose from the Clock, Camera, Gmail, Google Now and Messaging widgets in addition to widgets offered by third-party apps installed on your tablet. These widgets offer glance-able information from the apps and allow users to perform certain app actions even when the tablet is locked.

Another Android 4.2 feature for tablets is multi-user accounts i.e. different profiles and access for different users. However, this tablet doesn't include this functionality, which is a pity. 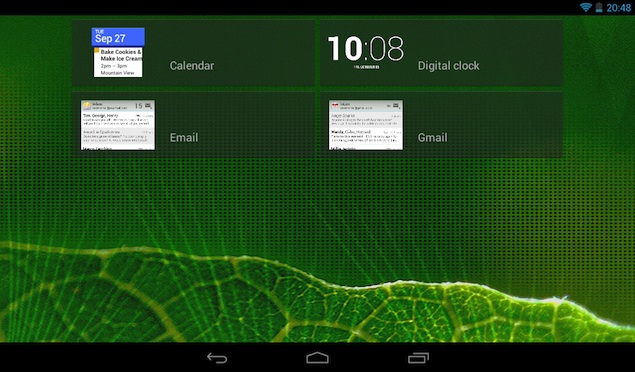 It also offers another Android 4.2 feature, Daydream, that displays photo albums or the clock while the phone's charging. The option to wirelessly mirror the phone's display with an HDMI enabled device through a wireless display adapter is also present.

Camera
The Etab Xtron+ tablet comes with a 2-megapixel rear camera and a VGA front camera. Personally, we're no fans on using tablets for clicking needs, but some people may use a rear camera for taking casual shots or just for scanning some documents. 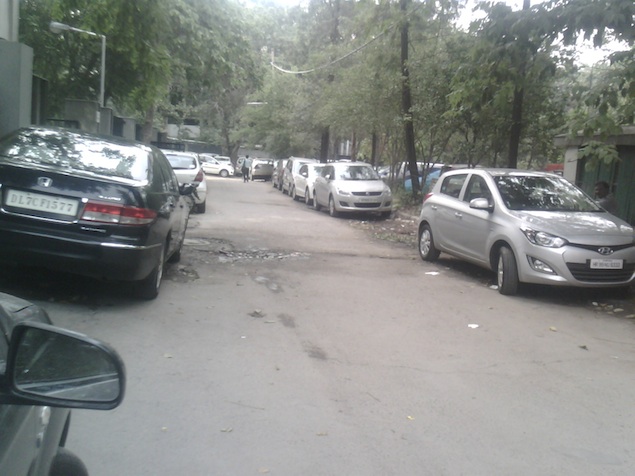 The fixed focus camera doesn't take great pictures but it can save the day when you need to share a picture quickly and don't have any other camera device. Pictures shot indoors turned out to be grainy, though. Videos shot with the camera were also average but it saves them in .MP4 format.

The pictures that we clicked with the front camera, indoors, were strictly functional, but it does a decent job when used for making video calls over Skype or other video chat apps.

Performance/ Battery Life
The tablet is powered by a 1.5GHz Cortex A9 dual-core processor, a Mali-400 GPU and 1GB of RAM. We did not encounter any crashes while working on this tablet and multitasking was comfortable.

We did notice some minor lag specially while switching from portrait to landscape mode but other than that we were able to play tablet optimised games and HD video clips, without a hitch as the bundled video player supports all major video file formats. 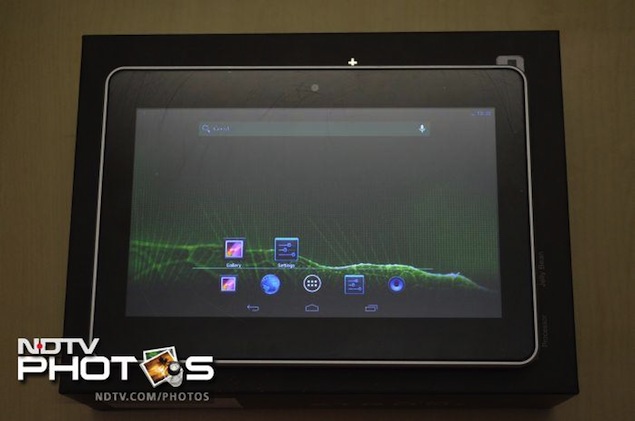 The tablet comes with the native Android browser and renders all webpages well.  Adobe Flash is pre-installed allowing the browser to display Flash videos, banners and other elements.

The speakers deliver average sound that distorts a bit at high volume levels. The output through the speaker grill was not very loud.

There's no voice calling but the major omission is Bluetooth connectivity. We're not sure why Lava had to exclude it since most major Android devices offer this functionality, and consumers might use it for wireless file transfers or for connecting a wireless input device. However, we see a lot of budget tablets these days ship without Bluetooth and we're not convinced it's a good trend. 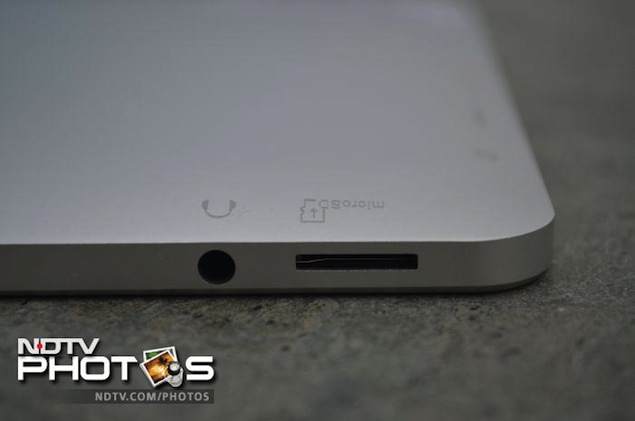 The tablet comes with a 3,700 mAh battery and we were not very happy with the backup that it offered, specially when playing multimedia files. We were able to get around 4 hours of video playback, with the display at full brightness levels. The standby time with push notifications and emails on was decent, though. With intermediate usage during the day, we were able to get a day of backup.

Verdict
The Lava Etab Xtron+ is an above average tablet for its price. At a price of Rs. 6,990, it offers a good package with decent hardware, compact form factor and the latest version of Android Jelly Bean. It's interesting to look at if you're looking for a device for browsing the Web or playing casual games and are on a budget.

However, the highly reflective screen and underwhelming battery backup are some of the problem areas. You'll not be able to use the tablet under sunlight for reading, viewing content or for even taking pictures. Despite running Android 4.2, the lack of multi-user accounts is a disappointment as well.

Though the Etab Xtron+ adds a rear camera, it downgrades the front facing camera compared to its predecessor. The rear camera is also nothing to talk home about. So if you're looking at a tablet with a good camera performance, this one won't fulfil your appetite.

Looking at competing devices, the Acer Iconia B1-A71 is also an interesting 7-inche tablet, which also offers Bluetooth connectivity, but is inferior in terms of build quality and costs more. If you're looking for a tablet that also offers voice calling, the Micromax Funbook P360 is another good option available at a price of Rs. 7,049. The Wickedleak Wammy Desire and Desire Tab 2 are other 7-inch tablets running Jelly Bean worth considering.

product The Lava Etab Xtron+ is a budget tablet that comes with Android 4.2 and a dual-core processor.