In the fleeting moments I had with Amazon's new Kindle Fire tablet, I noticed one major thing: It lost a lot of weight. The engineers at Amazon managed to slim down their flagship tablet in every dimension.

The new Kindle Fire HDX is lighter by 23 percent for the smaller model and 34 percent for the full-sized one. The slimmer profile is made possible by a new, lighter magnesium alloy body, a touch screen with fewer layers than before and a frame that is about one-quarter narrower all around the edge of the screen.

Add to that the company's claim that the processor is three times as fast as last year's Kindle Fire HD, and Amazon.com Inc. seems to have an attractive holiday gift option on its hands.

In my hands, at an event for reporters Tuesday, the weight reduction is noticeable. I own a year-old 7-inch Kindle Fire HD and find it chunky. Trying to read a book on it with one hand is like doing so with a big hardcover book. Eventually, your wrist will need a break. 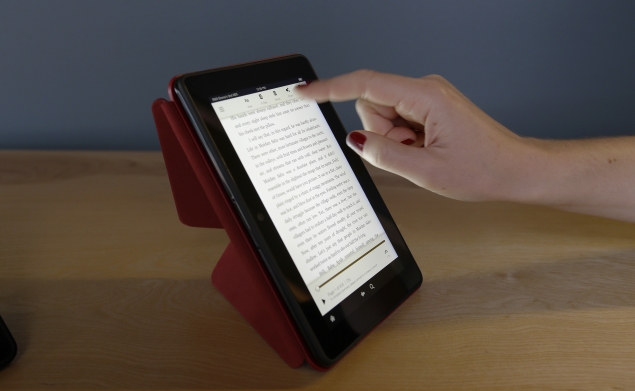 For dedicated reading, you might prefer a lighter e-reader, such as the Kindle Paperwhite, at 7.3 ounces. But my tendons appreciate the effort Amazon has made to slim down the Fire. And you need a tablet if you want to do more than read.

The 8.9-inch HDX is also significantly lighter, at 13.2 ounces, than a full-size iPad, at 23 ounces. Of course, the smaller screen - 0.8 inches shorter on the diagonal - contributes to Amazon's under-sized achievement here. The larger HDX starts at $379, or $120 less than the iPad.

The new Kindle devices sport a "unibody," compared with the previous model's casing made of many parts put together. The back still has a rubbery feel like the old Kindle Fire HD. There is still shiny plastic covering the camera area, so fans of Apple's aluminum casing might not be impressed. But this is in fitting with the kind of holdable feel of the overall Kindle line.

Amazon also gave last year's HD an update and a price cut, though the new model drops a front-facing camera and microphone and reduces the amount of storage. The base model with 8 gigabytes costs $139, compared with $199 for the 16 gigabyte version before.

I didn't get a chance to test on my own a new "Mayday" button on the HDX models. With that feature, a few taps summons a live video chat with a customer service representative. I saw a demo enough times to believe that, yes, there is indeed an actual person able to assist you if you need help navigating.

One neat part about this: The representative has the ability to scribble on your screen to point you to where you should tap. If you've watched televised football games, you might have seen these virtual chalkboards, in which the announcers draw arrows over the screen as they comment on plays and strategies. Here, instead of the representative telling you to tap the second button on the left, he or she can circle it for you. The representative can even take over your device temporarily to put you on the right path. 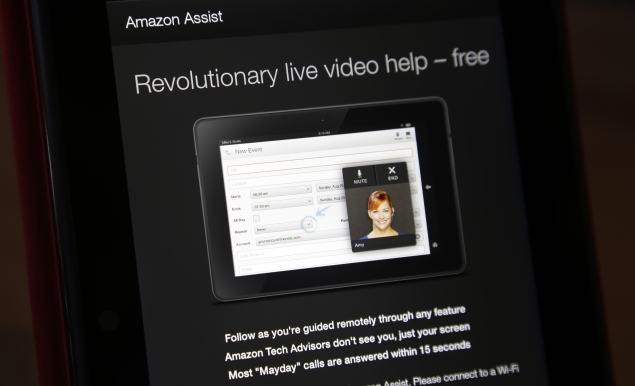 Don't worry about looking presentable, though. The representative can hear you but can't see you through the one-way video window. But that person can see whatever is on your screen, so hide that love note before summoning help.

CEO Jeff Bezos surmised that the "Mayday" button will make a fun Christmas Day conversation starter. I'm sure Amazon will ensure they respond promptly to the flood of inquiries around gift-opening time from people who just want to try it out.

I noticed the speakers are now positioned on top of the device when held horizontally, instead of being on both sides. This seems designed so you can still hear in stereo without headphones when the new "origami" cover is attached. In the previous version, I found headphone-less listening quality was patchy because the speakers faced away from you. Even with the new speaker location, they point away. I feel like people who want the stereo effect should just use headphones. 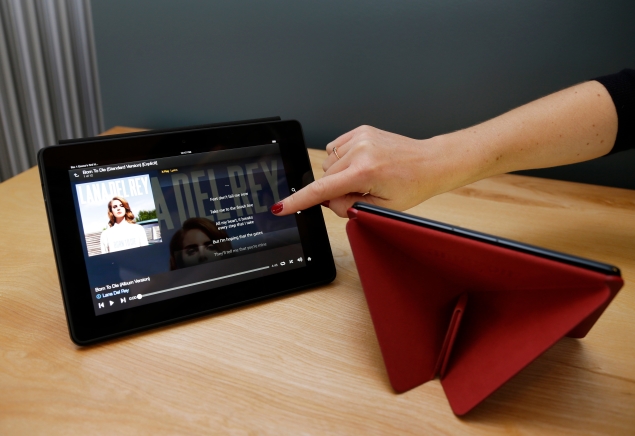 Although app developers still have to make use of the improved screens, they are needed to make the most of Amazon's video signals, which are sent out at up to 1080p. The older and the updated Kindle Fire HD are capable of handling only up to 720p streams. 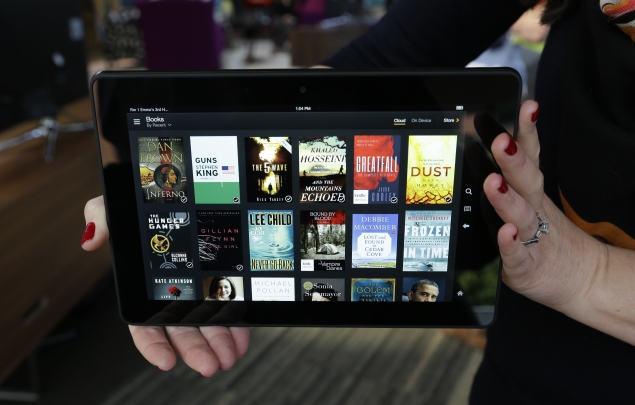 The 8.9-inch HDX now comes with a rear-facing camera and dedicated photo-editing software, although I have always felt taking pictures with a big tablet seems silly, especially if you have a smartphone in your pocket that does the same job.

With HDX, Amazon is making key improvements in areas where I feel it lagged behind its competitors the most: on weight and with its processor, as the old Kindle Fire HD felt laggy and slow to respond. I don't think Amazon will ever be the brand for, say, gamers looking for high performance from a tablet. But for people who use Amazon a lot for books, video and other services, it'll be nice to have a bit less wrist strain and a bit more zip when flitting around the device.

product With HDX, Amazon is making key improvements in areas where it lagged behind its competitors the most: weight and processor.