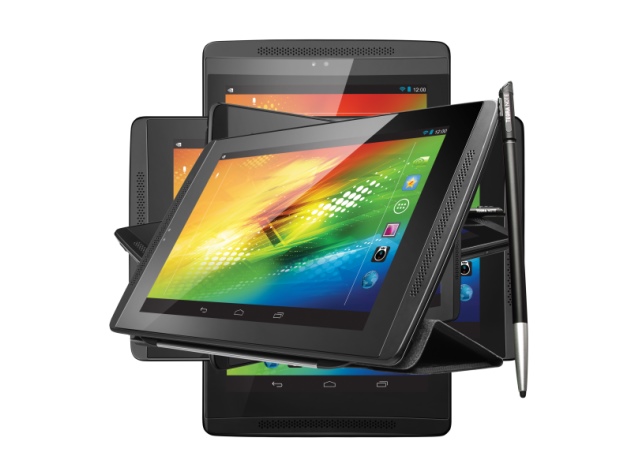 The tablet will be immediately available online and off-the-shelves beginning from Monday. The Xolo Play Tegra Note is a Wi-Fi only tablet and runs Android 4.2.2 out of the box, with over-the-air (OTA) Android 4.3 and Android 4.4 KitKat updates available directly from Nvidia at a later stage.

The Xolo Play Tegra Note tablet is based on Nvidia's Tegra Note reference design. It comes with a 7-inch HD IPS LCD (1280x800) display and is powered by a 1.8GHz Tegra 4 processor with a 72-core GeForce GPU and quad-core Cortex-A15 CPU. The tablet also packs in 1GB of RAM, coupled with 16GB of inbuilt storage that is expandable up to 64GB via microSD.

Xolo claims that the Nvidia Tegra 4-powered Xolo Play Tegra Note is the 'world's fastest tablet' and that's certainly the case as far as synthetic benchmarks are concerned. The tablet comfortably beat other tablets and its performance was comparable, and in some cases, even exceeded that of Qualcomm Snapdragon 800-powered smartphones.

The various connectivity options on the tablet include Wi-Fi, Wi-Fi Hotspot, WLAN, Bluetooth 4.0, Micro HDMI, and USB 2.0. The tablet's battery is rated at 15.17wH / 4100mAh, which according to the company can deliver up to 8.2 hours of web browsing over Wi-Fi and up to 10 hours of HD video playback.

Few other features in the Xolo Play Tegra Note tablet are the DirectStylus technology for the bundled stylus, Nvidia PureAudio technology, SmugMug Camera app (one of the camera apps on iOS comes to Android), and Nvidia TegraZone that provides access to Tegra-optimized games and apps.

Xolo has also released a slide cover for the Play Tegra Note, which is priced at Rs. 2,499. DirectStylus Pro Pack (pricing not shared) is also available, to enable a variety of writing styles with interchangeable tips.