Now, a Chinese analyst has claimed that Xiaomi will launch its Mi tablet running Windows 10 in the third quarter. The news (via Gizmo China) has again kicked off the debate whether Microsoft and Xiaomi may work together for a Windows 10 smartphone or even a dual-boot device with Android and Windows 10.

Unfortunately, Pan Jiutang, an analyst, did not reveal any further details about the alleged Mi Tablet.

In other news, Joe Belfiore, Corporate Vice President, Operating Systems Group, Microsoft, posted an image of the Xiaomi Mi 4 running Windows 10 build 10240. In a follow-up tweet, he claimed to start the insider program in China with Mi phones in the coming weeks. He said, "We intend to start our insider program in China with Xiaomi phones in the next few weeks... The software is running very nicely on these!" 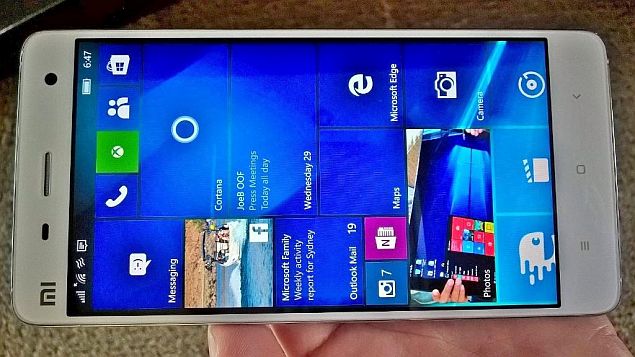 While the tweets don't give any clear intimation that Microsoft may launch a Windows 10-based smartphone in partnership with Xiaomi, it definitely tips the possibility in future.

Back in March, Xiaomi's Vice President of International Operations, Hugo Barra had to clarify the nature of the partnership between the two companies. He said that Microsoft's experimental program worked directly with the Mi fan community in China, and that Xiaomi had nothing to do with the program. Barra had also confirmed that the program was limited to the Chinese market. One of the reasons why Xiaomi was added as the testing partners was that Mi devices shipped with unlocked bootloader, Barra had pointed out.