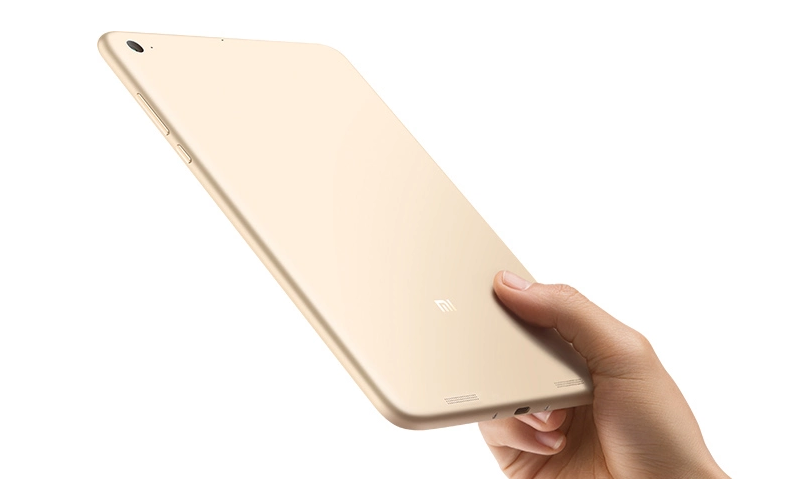 Xiaomi has pulled an Apple by quietly launching its newest tablet, the Mi Pad 3. The new Xiaomi tablet has been listed on the company's Chinese website. The Mi Pad 3 aesthetically looks similar to the Mi Pad 2, but features some hardware improvements. The tablet is priced at CNY 1,499 (roughly Rs. 14,100) and is currently available in Champagne Gold.

The Mi Pad 3 sports an all-metal casing which was seen on the previous iteration. The tablet features a 7.9-inch Retina display (2048x1536) with a pixel density of 326ppi and is powered by a hexa-core MediaTek MT8176 processor under the hood coupled with 4GB LPDDR3 of RAM. The Mi Pad 3 is offered with 64GB of internal storage which is non-expandable.

Xiaomi's newest tablet features upgraded optics with 13-megapixel rear camera with f/2.2 aperture, 1080p HD support while the front gets a 5-megapixel camera with f/2.0 aperture. The Mi Pad 3 also gets a bigger battery at 6600mAh compared to the 6190mAh battery inside the Mi Pad 2 with a claimed standby time of up to 867 hours. The tablet runs MIUI 8 based on Android Marshmallow and there's no word on whether a Windows version will be available.

As of now, only one colour option is available and there's no word on when the Mi Pad 3 will be available globally. Interestingly, the Mi Pad 2 never made it to the Indian market so it is unlikely the new tablet will be seen in the country any time soon.