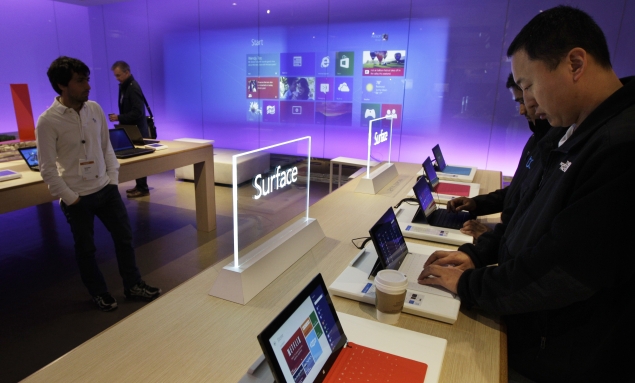 Microsoft Corp. said Monday that a problem caused when updating computers to Windows 8.1 RT is limited to its own Surface RT devices. It's another knock on the machine that Microsoft has struggled to sell, even as it launches the latest version, Surface 2 (Review), starting Tuesday.

The issue was discovered over the weekend, three months after it slashed prices for Surface RT by $150 to $349, without a cover. Microsoft has booked a $900 million write-down for unsold product.

Some users who tried to download an update to the year-old Windows 8 RT operating system would find their machines would shut off during the download and become inoperable, a phenomenon known as "bricking."

Microsoft said the problem affected less than 1 out of every 1,000 Surface RT machines. It hasn't yet found out what the problem is exactly.

For now, the Windows 8.1 RT download has been removed from the Windows Store. Microsoft also offered a way to revive the unit and complete the update using a USB drive. The solution requires using a separate computer.

Surface RT units will continue to be sold alongside the new Surface 2, which it is selling for $449 without a cover. The issue doesn't affect units that have Windows 8.1 RT pre-installed. But some Surface 2 units come pre-loaded with Windows 8 RT, requiring users to update the operating system manually.