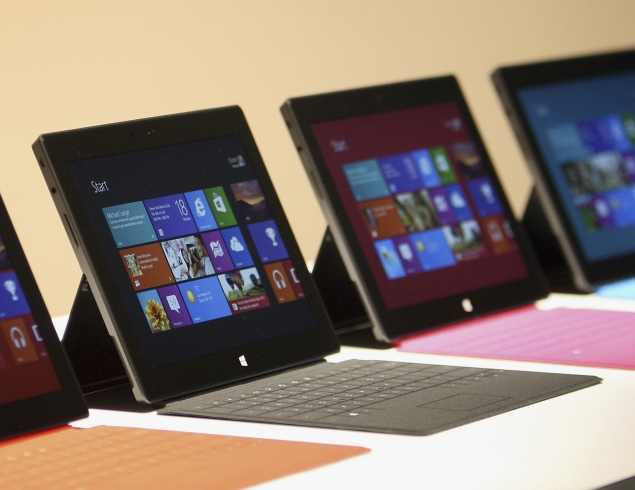 The growth of smart devices like 2-in-1s and tablets is expected to fuel the volume for desktop vendors and the PC ecosystem in coming years with shipments of Windows-based tablets expected to touch 39.3 million units by 2017, research firm IDC said.

Two-in-ones are devices that can function both as a tablet and a laptop.

"Emergence of 2-in-1 devices, many of which will run Windows along with Windows-based tablets themselves, is expected to provide some new volume for the Windows platform as well as the PC vendors and other parts of the traditional PC ecosystem in coming years," IDC said in a statement.

IDC said it finds that PC is still the primary computing device, its usage is nonetheless declining each year as more devices become available.

"The Windows-based tablet market is expected to grow to 39.3 million units in 2017 from less than 7.5 million in 2013 and less than 1 million in 2011," IDC Worldwide Quarterly PC Trackers Vice President Loren Loverde said.

However, he added that relative to the PC market size of roughly 300 million units by 2017, these Windows tablets would add just a couple percent a year relative to PC growth.

"Even so, these Windows devices are projected to account for 10 percent of a combined PC and Windows Tablet market by 2016, making them an important growth segment for the PC ecosystem," Loverde said.

The research firm forecasts that global PC shipments are expected to fall by 10.1 percent in 2013, slightly below the previous projection of 9.7 percent and by far the most severe yearly contraction on record.