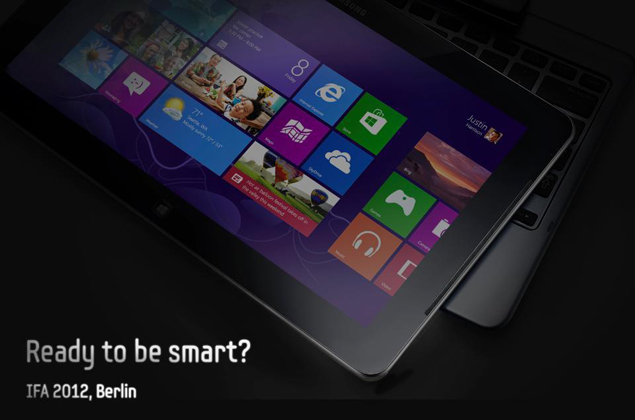 There are plenty of big announcements expected from almost all major consumer electronics companies at the forthcoming IFA event in Berlin. Launch of the all-new Samsung Galaxy Note II is an almost certainty, but that is unlikely to be the only high-profile launch at the event.

According to CNET, it is likely that Samsung will also announce a Windows 8-based tablet at this very event. This news is based on the photo that the Samsung has posted on its official Facebook page along with the tagline phrase "IFA 2012, Berlin." This photo displays a photo of an unidentified tablet and the caption reads "Ready to be smart".

As per the information that is available, it is expected that this tablet from Samsung will come with an Intel chip and will run Windows 8 and not the Windows RT version. There's an 8-megapixel rear camera and a 2-megapixel front camera. The battery on this new device is expected to last 10 hours. However, one would have to wait for the official word to know about the confirmed specification of this tablet and its pricing.

Interestingly, Samsung may not be the only company that will be launching hybrid tablet at this event as there are reports suggesting that Sony, too, may launch their own hybrid VAIO tablet. According to the leaked images on Pocketnow, this convertible tablet will be called Vaio Duo 11. 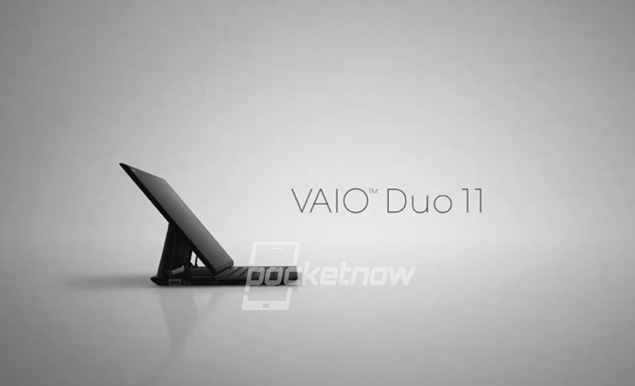 It will sport a 11-inch touch screen and backlit keyboard. There are also indications that just like the recently launched Samsung Galaxy Note 800 (aka Samsung Galaxy Note 10.1) this Sony tablet will come with a stylus. Sony may have two separate versions of VAIO Dua 11 with one running on Windows 8 and the other perhaps on Windows RT. This tablet is expected to be showcased on August 31, 2012.