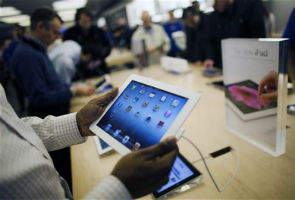 Highlights
iOS may rule the roost when it comes to the number and quality of the apps, but it's far from perfect. Text selection and editing continue to be a pain point for many users. While Windows Mobile and Android users have the various options like Swype, the only poison for iOS users, without resorting to jail-breaking their device, is the one Apple chose.

It took less than 48 hours for an enterprising developer to come up with SwipeSelection, an app that brings the video to life on  jail-broken iOS devices.

Here's one vote for Apple integrating this technique in iOS so non-jailbroken devices can benefit as well.
Comments