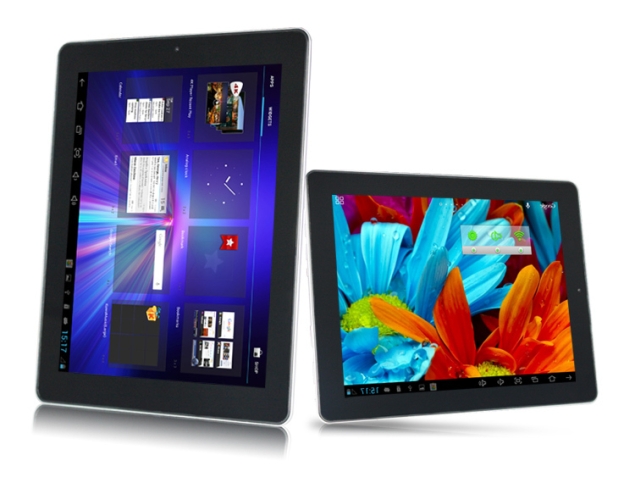 Wammy Magnus is a new 10.1-inch Android Tablet to be available in the Indian market for Rs. 15,499. It is powered by a 1.5GHz quad-core processor along with 2GB of RAM. The tablet has a 10.1-inch full-HD (1280X800 pixels) screen. Currently, the tablet is running on Android 4.1 Jelly Bean operating system, but the company plans to roll out an upgrade to Android 4.2 in due course of time.

The tablet's front is white in colour and silver at the back, which is a slightly different combination to what we have seen for the recent tablets. For camera, there is a 2-megapixel autofocus rear camera and 0.3-megapixel front one. Wammy Magnus supports Wi-Fi, Mini-USB port, Mini HDMI, microSD card slot and also 3G via dongle. The internal storage available on the tablet is 16GB, which can be expanded by up to 32GB via a microSD card.

Wammy Magnus comes with 8000 mAh battery, which the company claims can give up to 6-7 hours usage and over 30 days of standby time. This tablet is currently on pre-order on Wicked leak Website and will start shipping from February 23 Feb 2013.

Announcing this tablet, Aditya Mehta PR and Marketing Head, Wickedleak said, "We are all about value not just the price. Wickedleak continues to pioneer in the space of budget tablets. After the Success of Wammy Desire which continues to be a favourite in the space, we had no option but to march on with Innovation. With Wammy Magnus we want to introduce India to Ultra HD experience. It is simply a Delight to watch movies, play games and surf the internet on this device, It is a pure performance device. Further to this we are once again the first in the market to deliver the latest Android technology. "

This tablet will be competing head on with the recently launched budget Android Jelly Bean tablets from Videocon and Spice. Spice had launched its Stellar Pad Mi-1010 in January. It comes with10.1-inch HD tablet with IPS display and runs on Android 4.1 (Jelly Bean). This tablet too is powered by 1.5 GHz dual-Core Processor but has only 1GB DDR3 RAM. It comes with 16GB of internal memory that can be expanded up to 32GB through microSD card and 7600 mAh Lithium ion polymer battery. Stellar Pad Mi-1010 is available in the market for Rs. 12,999.

Videocon VT10 is also a full-HD 10-inch tablet, which runs on Android 4.1 (Jelly Bean). It is powered by a 1.5GHz dual-core Qualcomm Snapdragon processor and has a smaller 6800mAh battery. It comes with 1GB of RAM and 8GB of internal storage, which can be expanded by up to 32GB.The tablet houses 2-megapixel front as well as rear cameras. Videocon VT10 carries a price tag of Rs. 10,999.

Though both Videocon VT10 and Stellar Pad Mi-1010 have a lesser RAM and smaller battery than Wammy Magnus but they are also slightly cheaper. Moreover, in the Indian context, these Indian brands have a better brand repute than Wammy.