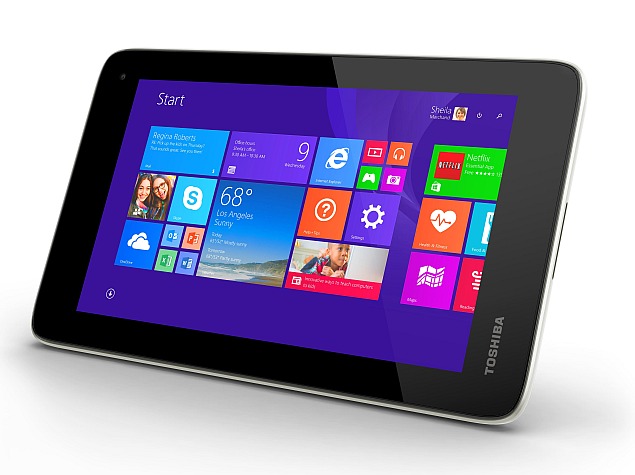 Toshiba, as a part of its pre-IFA 2014 launch event, introduced the Encore Mini, Chromebook  2, Satellite Radius 11, and Satellite CL10-B.

The tablet comes with 16GB of inbuilt storage, which can be expanded via microSD card (up to 128GB). The Encore Mini sports an 2-megapixel rear camera, while there is a secondary 0.3-megapixel front-facing camera also onboard. 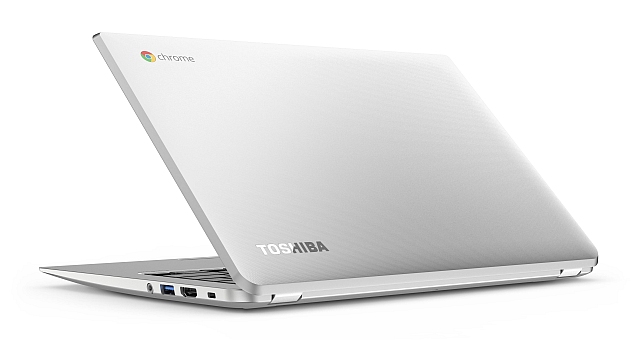 The Toshiba Chromebook 2 runs Chrome OS and sports a 13.3-inch full-HD (1080x1920 pixels) resolution IPS display. The laptop is powered by the dual-core Intel Celeron N2840 Processor clocked at 2.16GHz as per Techradar.

While the size and the weight of the Toshiba Chromebook 2 are not yet known, the firm claims the battery will offer up to 9 hours of power.

Besides a Chromebook 2 and Encore Mini, Toshiba also launched two new laptops, dubbed Satellite Radius 11 and Satellite CL10-B. Both the laptops will be available in Europe in Q4 2014, however, no pricing details have yet been disclosed.

Unlike the Satellite CL10-B, the Satellite Radius 11 can be used in five different modes - Audience mode, Notebook mode, Presentation mode, Tablet mode, and the Table-top mode. The Satellite Radius 11's screen can be folded up to 360 degrees. Also, the keyboard gets disabled as soon as the laptop is folded more than 180 degrees, making it a touch-enabled device.

Both the Satellite CL10-B and the Satellite Radius 11 share a similar 11.6-inch HD (768x1366) touchscreen. Some of the other specifications shared by both the devices are Intel HD graphics card; HD webcam with integrated microphone; Bluetooth 4.0; Wi-Fi 802.11 b/g/n, and Stereo speakers with DTH sound. They also include HDMI-out; USB 3.0; USB 2.0; D card reader under connectivity options. Both laptops also measure 289x199x19.9mm and are available in Satin Gold colour.