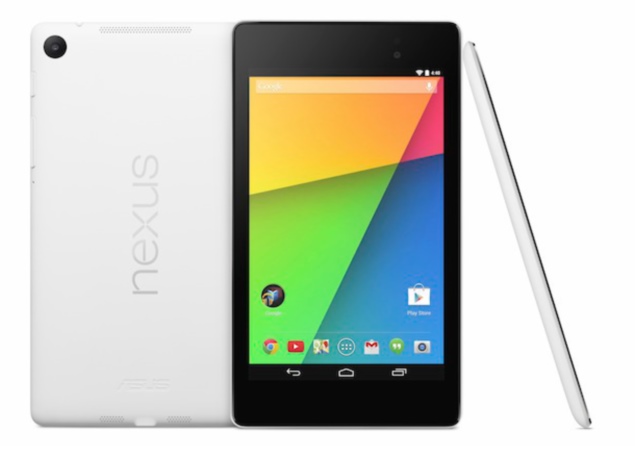 Google added three new entrants to the devices section of its Play Store on Thursday in the form of Google Play edition Sony Z Ultra and LG G Pad 8.3, as well as a White variant of the Nexus 7 tablet. Google Play editions of devices offer a 'stock Android' experience free of customisations and pre-loaded apps that usually come on devices by OEMs.

LG G Pad 8.3 Google Play edition comes with a 8.3-inch 1200x1920 pixels display and is powered by a 1.7GHz quad-core Qualcomm Snapdragon 600 Processor alongside 2GB RAM and 16GB internal storage. It features 5-0-megapixel and 1.3-megapixel rear and front cameras respectively and is powered a 4,600mAh battery. Disappointingly, the tablet, that retails for $349.99 on Google Play story, is Wi-Fi only with no cellular option. There's no word yet on when it will be available in other countries.

Finally, Google's Nexus 7 tablet gets a White colour variant. Once again, the tablet is Wi-Fi only and available with 32GB of storage in Google Play Store in US, UK and Japan.

All three devices are available today and run Android 4.4 KitKat out of the box.