Sony at MWC 2015 in Barcelona has launched the Xperia Z4 Tablet. Featuring a 10.1-inch display, it is the successor to the Xperia Z2 Tablet, and will be launched in June in Wi-Fi only and 4G LTE models, in Black and White colour variants. Unfortunately, no pricing has been revealed yet.

The 6.1mm-thick Sony Xperia Z4 Tablet has IP65 and IP68 certification for dust and water resistance, and can survive immersion up to 30 minutes in 1.5 metres of water. Shipping with Android 5.0 Lollipop, it features a 10.1-inch 2560x1600 pixel IPS Triluminos display, with a 300ppi pixel density. The screen features scratch-resistant glass.

The tablet features 32GB of built-in storage, expandable via microSD card (up to 128GB). Connectivity options include 4G LTE (Nano-SIM), Wi-Fi 802.11 a/b/g/n/ac with Direct and hotspot functionality, Bluetooth v4.1 with A2DP, GPS/ A-GPS with GLONASS, NFC, FM radio with RDS, and Micro-USB. The Sony Xperia Z4 Tablet is powered by a non-removable 6000mAh battery that is rated to deliver up to 17 hours of video playback. The tablet weighs 395 grams.

Sony's also touting accessing to the Xperia Lounge Gold service for exclusive apps, apart for video and music content. The Japanese firm is also selling three accessories alongside, due in June. 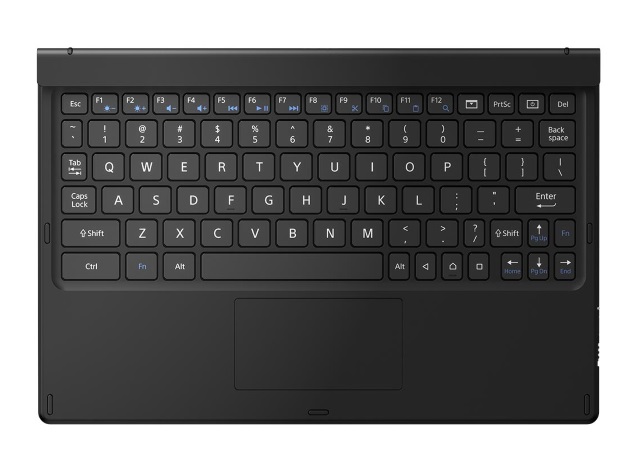 These include the specially-designed Sony BKB50 Bluetooth Keyboard, which docks with the tablet to create a laptop-tablet hybrid, and features a touch pad, aside from a variety of ports. The company also announced a Sony SRC32 tablet cover that acts like a flip case and stand, apart from the Sony BSP60 smart Bluetooth speaker.