Sony announced the Xperia Z4 Tablet, the successor to the Xperia Z2 Tablet, at MWC 2015, and soon after, the tablet has gone up for pre-order with pricing details on the company's France site.

The specially-designed Sony BKB50 Bluetooth Keyboard, which docks with the tablet to create a laptop-tablet hybrid, and features a touch pad, aside from a variety of ports, can also be purchased separately at EUR 180 (Rs. 12,500 approximately). 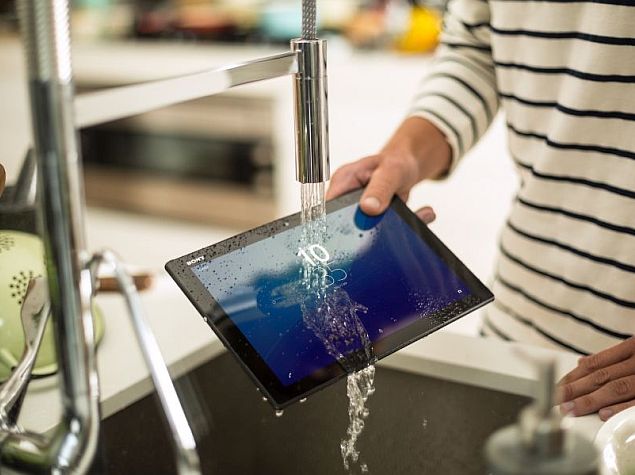 The tablet ships with Android 5.0 Lollipop and runs on the 64-bit octa-core Snapdragon 810 SoC coupled with 3GB of RAM and the Adreno 430 GPU. It sports an 8-megapixel rear camera with an Exmor RS sensor, and a 5-megapixel front-facing with a wide-angle lens camera. It features 32GB of built-in storage, expandable via microSD card (up to 128GB). The Sony Xperia Z4 Tablet is powered by a non-removable 6000mAh battery.