The pricing of the Sony Xperia Z3 Tablet Compact have not been mentioned as of now, though the company says it will launch globally in both LTE and Wi-Fi variants in Autumn 2014. However, users can register the tablet from the company's main website.

The waterproof and dust-proof tablet (with IP65/68 rating) comes with 16GB of inbuilt storage is expandable via microSD card (up to 128GB). The Xperia Z3 Tablet Compact sports an 8.1-megapixel autofocus rear camera with Exmor RS sensor, while there is a secondary 2.2-megapixel front-facing camera also onboard. 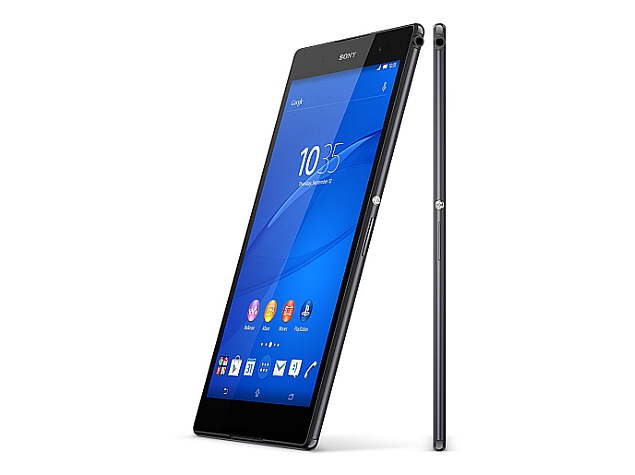 On the connectivity front, the Z3 Tablet Compact includes 4G LTE (in some markets), GPRS/ EDGE, A-GPS, Wi-Fi 802.11 b/g/n, NFC, and Bluetooth 4.0 connectivity. The tablet packs a 4500mAh battery that is rated to deliver up to 1220 hours of standby time. A Wi-Fi only variant was also announced.

The company has listed Black and White colour variants (depending on regional availability) for the Xperia Z3 Tablet Compact, which measures 213x123x6.4mm, and weighs 280 grams. The tablet also features PS4 Remote Play, which allows users to stream their PS4 games onto the tablet over the home Wi-Fi network - this functionality will only be rolled out in November. A DualShock 4 Wireless Controller and GCM10 Game Control Mount will be required to play games.