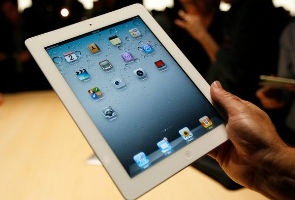 Highlights
The iPad 2, unveiled on Wednesday 2nd March 2011, offers several sleek improvements over its predecessor. But its most attractive feature is perhaps the same one its predecessor had: the price tag.

And what makes that feature even more compelling is that so far, Apple's competitors in tablets cannot beat or even match it.

The iPad 2, like the original, starts at $499. Apple says that since it introduced the original last April, it has sold 15 million of the devices, generating $9.5 billion in revenue. Analysts say this is only the start of a lucrative market for tablet computers, which could soar as high as $35 billion by 2012.

The Motorola Xoom and the Samsung Galaxy Tab were introduced recently, both to generally good reviews but at higher prices. Dozens of hardware manufacturers are scrambling to bring their own variations to market this year: Hewlett-Packard with the TouchPad, HTC with the Flyer, LG with the G-Slate and BlackBerry with the PlayBook.

But prices, or even release dates, have not been announced, and industry experts say it is not yet clear whether the devices can be competitive with Apple on price.

"There have been nearly a hundred competitive tablets that have been introduced since the iPad," said Toni Sacconaghi, an analyst at Sanford C. Bernstein. "But it seems that no one has eclipsed or even matched Apple on pricing."

Analysts and industry experts point to a number of reasons. Primarily, they say, Apple's deep pockets -- a staggering $60 billion in cash reserves -- have allowed it to form strategic partnerships with other companies to buy large supplies of components, for example, inexpensive flash memory. By doing this, the company probably secures a lower price from suppliers, ensuring a lower manufacturing cost.

At the same time, they say, Apple has sidestepped high licensing fees for other items it needs, like the A4 and A5 processors within the iPads. Those parts, designed in-house at Apple by a company that Apple bought, are among the costlier components needed to make a tablet computer.

Mr. Sacconaghi said Apple also could subsidize some of the cost of building iPads with the money it makes through its App Store, which generates more than a billion dollars each year. This means that Apple can take a lower profit margin on the iPad, 25 percent, than it does on, for example, the iPhone, which can yield as much as 50 percent profit.

Yet another advantage is Apple's wide net of its own global retail shops and online stores; for customers, this means they can avoid a markup from a third party like Best Buy.

Although other companies have some of these factors in their favor, no one but Apple has all of them.

Steven P. Jobs, chief executive of Apple, who took the stage during the Apple press event Wednesday in San Francisco to announce the iPad 2, made a not-so-discreet swipe at rivals.

"Most of these tablets are not even catching up to our first iPad," he said.

For example, like Apple, Samsung cuts costs for making its Galaxy Tab, a seven-inch tablet, because it builds many of the components itself. And like many other tablet makers, Samsung relies on the Android mobile operating system, which Google makes available free. Even so, the Galaxy can cost as much as $549 without a contract for cellular service.

"Just because a company sources internally doesn't ensure that they get the best pricing on components," said Rhoda Alexander, an analyst at IHS iSuppli, a research firm. "It doesn't necessarily guarantee efficiency from a cost perspective."

Justin Denison, vice president for strategy at Samsung, said that in the United States, the company relegates device pricing to its carrier partners, but that he was not worried that the cost of the Galaxy, which has received generally glowing reviews, might turn prospective buyers away.

He said the company was "quite happy" with early sales of the device, which it pegs at two million, adding that "consumers will decide for themselves whether the price is worth it."

But adding to the challenge for Samsung and most other tablet makers is that they rely on third parties like Best Buy to sell the devices. Apple's retail and online stores help eliminate this problem.

"You don't see a markup in the same way a retailer would mark up an item, so it reduces that particular margin," said Shane Greenstein, a professor at Northwestern University's graduate business school.

Shelling out billions of dollars to build glossy retail stores or to make investments in chip processors is not an option for a smaller company like Motorola, which recently spun its mobile devices business into its own independent sector. Motorola's Xoom, a tablet with a 10-inch screen, a dual processor and front- and rear-facing cameras, costs $800 in the United States without a two-year contract with a wireless carrier. That's roughly $70 more than the equivalent 32-gigabyte iPad 2 outfitted with both Wi-Fi and 3G functions.

Alain Mutricy, a senior vice president for mobile devices at Motorola, defended the pricing of the Xoom, pointing to the tablet's extensive memory, high-resolution display and compatibility with Verizon's 4G LTE network, to which Xoom owners will be able to upgrade free, as justification for the price tag.

"The Xoom is priced exactly where it has to be," he said.

Mr. Mutricy said he did not think the company would do anything differently to trim costs.

"It's not that we are trying to lower the price and cannot," he said. "We are pricing the Xoom based on what we are offering consumers."

But he said that Motorola was planning to expand its line of tablets in the future that would most likely include smaller, lightweight options with a lower retail cost.

Huawei, a Chinese hardware manufacturer, has said it hopes to press into the United States market later this year with the S7 Slim, a svelte, rectangular machine running Android on a 7-inch display and a 1-gigahertz processor, for $300.

"We didn't set our margins based on massive advertising campaigns," he said in a recent interview.

"Consumers expect that over time, electronics get cheaper," she said. "They're seeing all these other devices in the market and not necessarily distinguishing between processor speeds. There's a huge variation in price and power but from a distance, they all look like 7-inch touch screens."

Over time, analysts say, efficiency in production will help bring down costs for competitors.

But the market will be hyper-competitive until then, said Ms. Alexander of IHS iSuppli.

"The iPad may continue to own the market if competitors don't get more realistic on their pricing," she said. "Right now, it's too high relative to what the iPad has for the product."
Comments