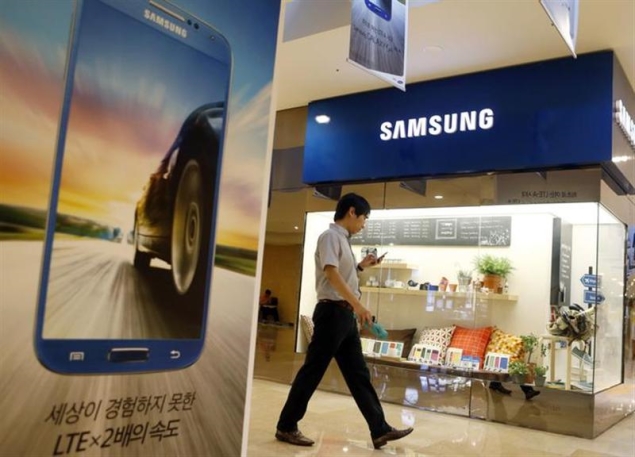 Samsung's Galaxy Round smartphone created headlines with its curved display but its limited availability prevented it from being a disruptive phone in the mainstream devices category .

However, it looks like the South Korean electronics giant plans to focus on unconventional displays in a much bigger way, in the coming future if a new report is to be believed.

According to Sam Mobile, Samsung has filed a patent application with the US Patent & Trademark Office for a transparent display that would feature touch controls on the front as well as the back, to be used separately or simultaneously, allowing users to control actions, move icons, control video playback and more, as noted by Patent Bolt.

Samsung has illustrated the use cases for the display with various examples including how UI elements like folders can be manipulated, text can be displayed or hidden when an action is performed at the back, overlapping objects can be moved simultaneously, and how screen lock combinations can be made more complex combining both front and back gestures, among others.

Looking at the filing, it appears that Samsung is serious about using transparent displays and could possibly be even testing some prototypes.

Samsung is also said to be working on adopting metal mesh touch screen panels, and has even started testing panels with an intent to finish testing by 2013, according to a report published in the Korean media (via Sam Mobile).

As the report notes, metal mesh touch screen panels have low surface resistance, making them bendable and can be used for making tablet displays flexible. These are also cheaper to produce.

The metal mesh panels will also enable Samsung to deploy stylus recognition without needing to put a dedicated digitizer chip with the display panel, allowing the company to reduce costs, and bringing stylus support to more tablets.
Comments